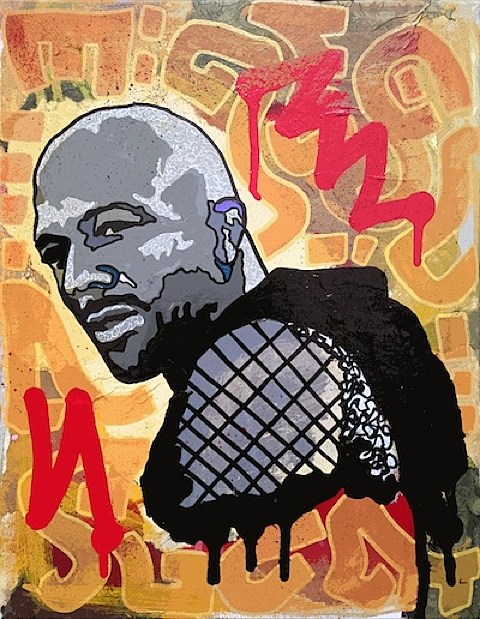 Tickets for the fest are on sale now. All currently announced events, below.

Common was initially rumored in a Medium.com article to be playing one of Samsung's SXSW shows, though that hasn't been confirmed, and a newer Mashable article on the shows that came out today only mentions that Iggy Azalea, A$AP Rocky and Hot Chip are headlining the shows. They play March 18, 19, and 20, respectively, at a TBA location.

Wednesday - July 8th
"A Day for Building"
A day long conference of panels, lectures and networking presented The Bodega Education Initiative, TOLD IT FIRST HAND, and The Hip-Hop Institute.

We will be gathering a stellar collection of professionals, academics and young minds to discuss some of the macro issues facing the Hip-hop community. "Technology and Entrepreneurship in Hip-Hop" & "Hip-Hop's solution to the woes of the Criminal Justice System"

In the evening
2015 Launch party - come party with Festival organizers, vendors, artists, writers and more as we launch our 11th season.

In the evening
The JUICE Hip-Hop Exhibit - The B-Boys and Girls, graffiti artist, emcees, and deejays laid the blueprint for Hip-Hop culture. JUICE celebrates this legacy by gathering dancers, deejays, emcees, sneaker heads, beat makers, and visual/graffiti artist to convene under one building for two days to propel the culture forward.
Events include: Dance Off, DJ Battle, Beat Battle, and Who Got Bars Cyphers

Friday - July 10th
"Me Belly Full" - a curated tour/crawl of some of Brooklyn's best bars, restaurants, bakeries, cafes and more.
Whether you're a guest or a homegrown New Yorker we are going to help you navigate the best places to eat and drink in Brooklyn. From Bed Stuy to Greenpoint all the way down to Coney Island we challenge you to hit them all and see why everyone loves the county of Kings.

In the evening
Day 2 of The JUICE Hip-Hop Exhibit

Saturday - July 11th
The Big Show - "One concert to rule them all!"
Join us at 50 Kent for the Hip-Hop show you will not get anywhere else.
This year headlined by Common, the legendary Chicago MC fresh off his Grammy and Oscar wins. Full lineup to be announced.