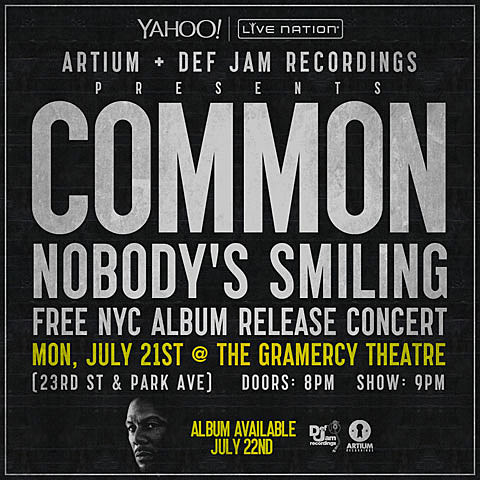 NYC! Common is coming to the Gramercy Theatre on Monday, July 21st, for a FREE concert to celebrate the release of his 10th studio album, Nobody's Smiling!

We'll be handing out wristbands for free entry during the following times:

Space is limited and wristbands are first come first served.

Can't make the show? Be sure to catch the live broadcast courtesy of Yahoo! & LiveNation starting at 9PM EST on https://screen.yahoo.com/live/event/common

Watch the video for "Kingdom: (ft. Vince Staples) and listen to "Diamonds" (ft. Big Sean), below...

You can also catch Common on Jimmy Kimmel on 7/23.