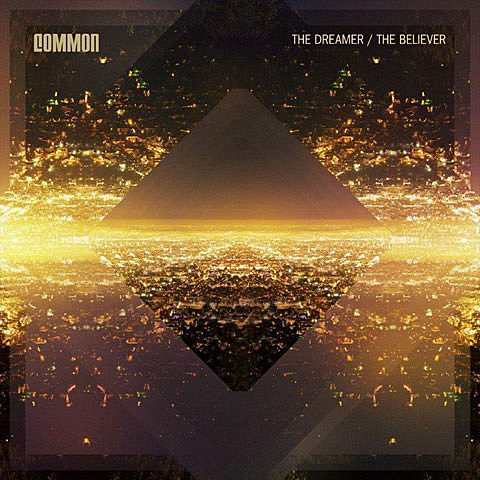 Common will release his first album for Warner Brothers, The Dreamer/The Believer on December 20. The album was produced entirely by No I.D., who handled the production on the majority of Common's first three albums. The album features guest spots by Nas, John Legend, Makeba Riddick, and an original poem by Maya Angelou. It's no surprise that the album differs sonically from the boom bap of Common and No I.D.'s previous collaborations, but save for a few autotuned vocal hooks, they ignore most of the current hip hop trends, and like the like-minded and recently released new Roots album, undun, The Dreamer/The Believer immediately sounds like an album that won't be losing its impact any time soon.

Check out videos of the Nas-featuring "Ghetto Dreams," "Sweet," and "Blue Sky" below, along with streams of "The Believer" ft. John Legend and "Celebrate. You can pre-order the album at Common's website, which also offers a bundle package with his memoir One Day It'll All Make Sense, which he released this past September via Atria Books.

Common has a few upcoming dates surrounding the release of the album including one on December 19 at Highline Ballroom. Tickets for that show are on sale now. All dates are listed below.

Speaking of Common and Nas collaborations, in an interview with Hard Knock TV this past October, Common said that the two rappers are working on a collaborative LP called Nas (Dot) Com. The video of that interview is below.