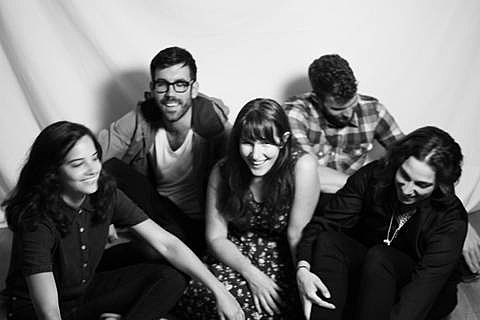 Pepi Ginsberg has been moving around the Brooklyn music scene for five years or so, having released two albums on Park the Van records and most recently last year's Yes City which was out on Double Cube. She's sidelined her solo work in favor of a new band she's formed, Companion who are definitely more slinky and danceable than her previous work.

Companion will release their self-titled debut on February 5 and we've got the premiere of "Blue Movie" from it. You can stream the track below. Companion also have a couple NYC shows coming up. They'll play Pianos on December 18 (tickets) with SoftSpot and Gem Trails, then in the new year they'll play Cameo on January 10 (tickets) with Sam Buck Rosen and Honeywild.

Tour dates are listed below, along with that song stream and a video of previous single "21st Century Crime."