"pretty sure this thai food just gave me the plague." -El-P 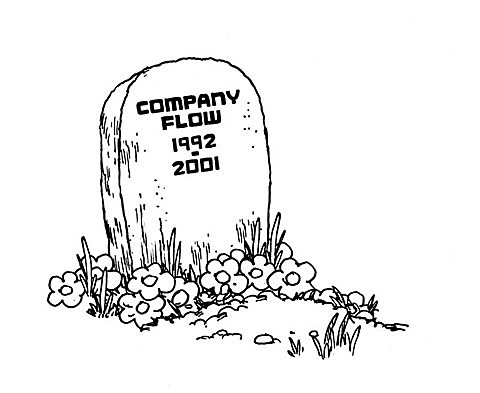 As you may have noticed (it happened a few weeks ago I think), The Streets cancelled his forthcoming appearance with El-P at Terminal 5. The show was billed as The Streets' "last ever North American show". Whether that means the end of The Streets live for this continent remains to be seen, but we'll keep you posted.

Another bum-out was that the T5 shows was twitter favorite El-P's only current date while he crafts his forthcoming LP. That hasn't changed (so far), but bad news turned to good news when El-P posted the above picture last week with the caption of "stay tuned, nyc".

Well, stay tuned no longer, as Company Flow will reunite at NYC's Santos Party House on July 16th, and tickets are on sale. The show makes TWO upcoming appearances for Company Flow who will also appear at ATP in the UK a few days after Santos.

Company Flow will bring along with them Fondle 'Em faves/Indelible MCs co-conspirators The Juggaknots (!), as well as "many old friends and special guests still to be announced!!!!". Now we just need Siah & Yeshua DapoED and MF Doom on the bill, and my 1996 dreams will be fulfilled. Juggaknots released the classic Clear Blue Skies LP via Fondle 'Em Records in the 90s, an essential piece of underground hip hop from that era.
In other El-P news, the MC recent collaborated with artist Travis Millard who is responsible for the recent Megapuss art and blessed El-P's Weareallgointoburninhellmegamixx2. Check out the video (with some killer El-P instrumentals) that promotes Millard's art show at Fecal Face Dot Gallery in San Francisco below.

Indelible MCs - The Fire In Which You Burn