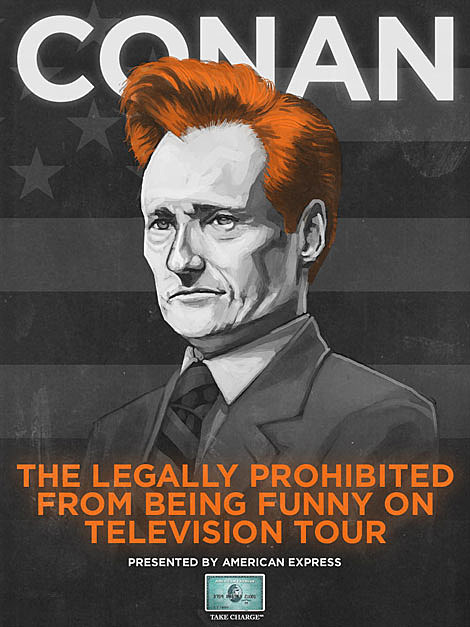 Conan O'Brien will be going out on a 30-city tour this April, May and June. Dubbed the "Legally Prohibited from Being Funny on Television Tour," it'll consist of "a night of music, comedy, hugging, and the occasional awkward silence" with Conan, Andy Richter and members of the Tonight show band.

The tour comes to NYC's Radio City on June 1st - a show that's already sold out. And they just added a second date at Radio City the next night, which is on sale. Its stop at the somewhat-nearby Atlantic City Borgata on May 30th has some tickets still available.

He'll also be at Bonnaroo in June. All dates below...