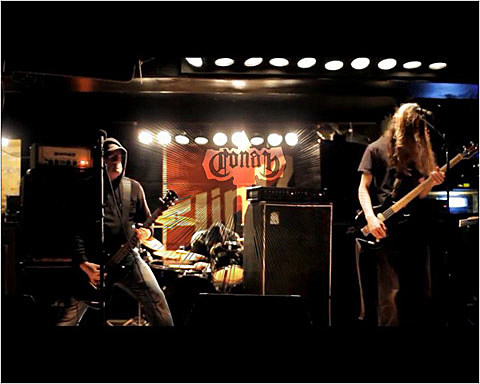 OK, I'll be ther first to admit that the name Conan for a doom metal band is more than a little obvious, but this UK crew's approach is anything but. Showing some of the same strength as that Cimmerian swordweilder, Conan's latest LP Monnos builds upon the promise of 2010's Horseback Battle Hammer and their follow-up split with Slomatics. Galloping and muscular sludge-doom is their strong-suit, and Monnos is a definite must for fans of Sleep, the "z-string" rattle of Torche, Coffinworm (sans any blasting moments), or the Melvins. The album is out on April 2nd 2012 via Burning World Records on digital, CD, and vinyl formats, but you can listen to new song " Hawk as Weapon" in this post.