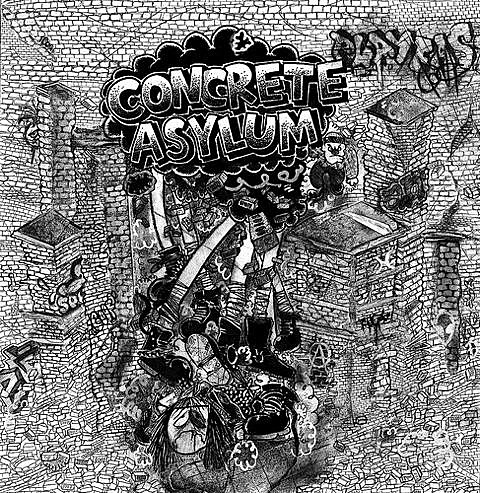 It turns out that the demonym for Halifax, Canada is "Haligonian." You learn something new every day. Let's try using that in a sentence: the Haligonian hardcore bands Concrete Asylum and Abject Pax both have new EPs out this fall. Concrete Asylum's EP in particular, which is a repressing of their 2012 demo tape, rips -- it falls somewhere between raw punk and grindy, West Coast-y powerviolence. You can stream it below. (You may also remember the band playing Toronto's Not Dead Yet Fest back in November.)

The two are teaming up for a brief tour around New Year's, including an NYC stop at The Acheron on December 29. Tickets are on sale now. Support will come from locals Ugly Parts and the excellently-named Gowanus Mutant Kommandos.

Listen to the new releases by both Haligonian(!) bands, and take a look at their other known dates, below.