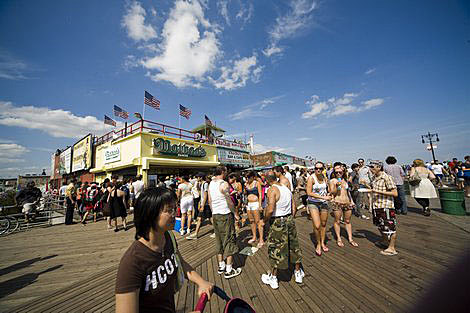 The city is steaming ahead with a plan to convert part of the iconic Riegelmann Boardwalk to concrete, enraging officials who have sought to sustain the wooden planks that compose the popular Coney Island attraction.

The city has obtained state funding to resume the work, which kicked off during the Bloomberg administration, a Parks Department spokesman told the Daily News.

A pair of local lawmakers said the project needs to be reassessed.

"We are extremely disappointed," City Councilmen Chaim Deutsch and Mark Treyger said in a joint statement.

They have joined community activists and launched a petition, on change.org, imploring the city to stop construction.

Say your goodbyes to the wooden boardwalk this New Year's Eve, as Coney Island is hosting its own ball drop to usher in 2015.