Coney Island this morning (via @dimkas79) 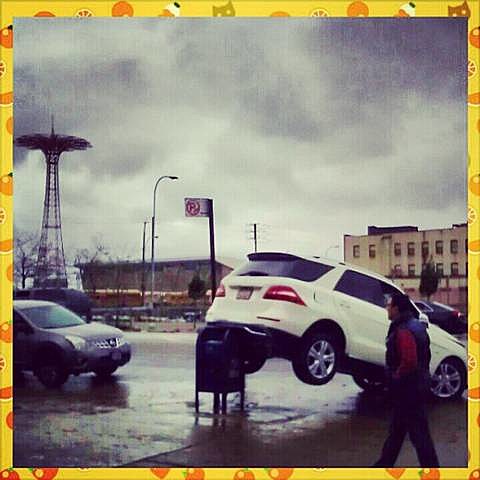 As you might expect and/or saw on the news, Hurricane Sandy hit Coney Island pretty good with major flooding, including the New York Aquarium whose entire 14-acre facility was entirely "under water". They won't be able to access the damage till the water recedes but we sure are worried about the sea otters and other animals there.

The Cyclone made it through intact, which is more than we can say for 'Jersey Shore' stomping grounds Seaside Heights, NJ whose boardwalk was almost entirely destroyed by the hurricane and the Jet Star roller coaster, well you can see for yourself:: 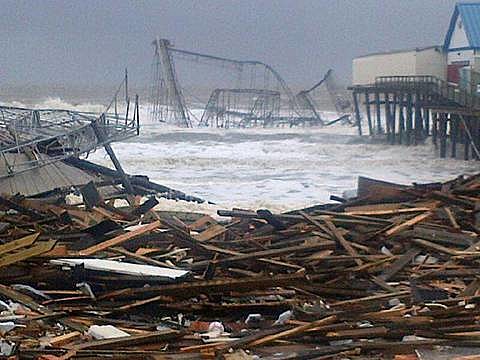 Atlantic City, as you probably heard, was also hit very hard too.