playmates: Connan and friend (via @connanmockasin) 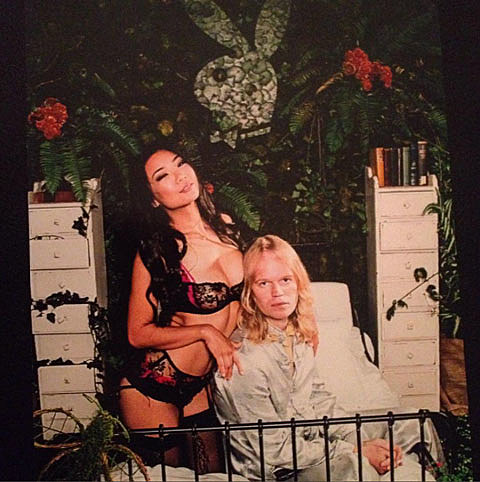 We haven't seen Connan Mockasin here in NYC for about a year when he was last in town to help Baby's All Right celebrate their first anniversary (and to help the crowd get naked). He's heading back our way later this year to play a show at new Williamsburg venue National Sawdust on December 2. It's listed as an album release show but his label Mexican Summer say there's nothing on the way this year -- though he did record with Dev Hynes at the Marfa Myths festival earlier this year. As said before, the performance room at NS is very intimate which, given Connan's proclivity for crowd interaction, could make for a memorable evening. Tickets are on sale.

In somewhat related news, Yuka Honda of Cibo Matto (who played the venue's opening night) will play with frequent collaborator Nels Cline at National Sawdust on October 16. Tickets are on sale now for the hour-long performance.