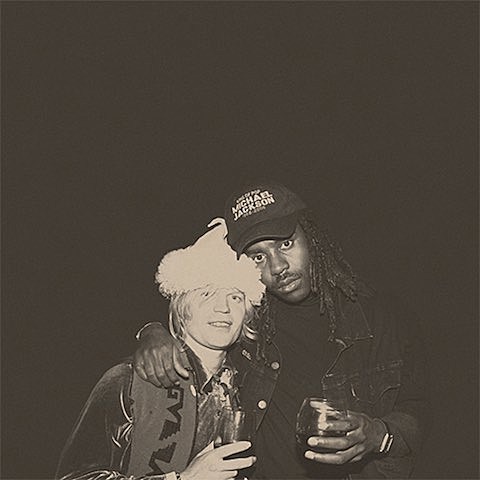 Connan Mockasin and Dev Hynes recorded together while at Mexican Summer's Marfa Myths festival earlier this year and the fruits of that have just been released as a new three-song EP, Marfa Myths 001. You can stream "Feelin' Lovely" via YouTube and the whole EP via Spotify, below.

Both Connan and Dev have NYC shows coming up. Connan plays National Sawdust on December 2 (tickets), and Dev Hynes' Blood Orange plays The Apollo on December 12 (sold out).

In related news, Mexican Summer just announced that Marfa Myths will return in 2016, happening March 10-13 in Marfa, TX. Weyes Blood will be the 2016 Artist in Residence, recording while there with special guests, and there will also be sets by Dungen, Parquet Courts, No Age, Emitt Rhodes, Quilt, Raum with Paul Clipson, Sheer Mag and more to be announced. Tickets are on sale now, including a Marfa Bundle option that comes with the Connan/Dev 12" and a tote bag. Flyer for Marfa Myths 2016 is below... 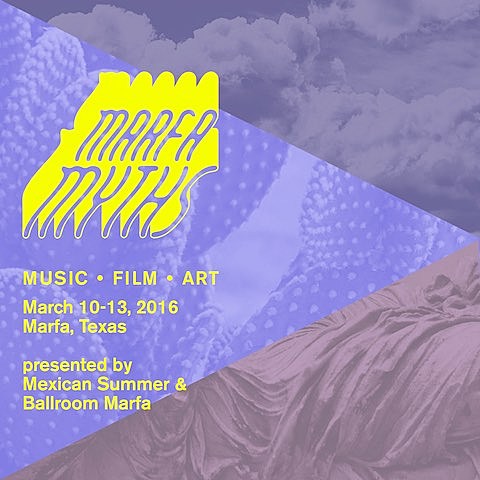