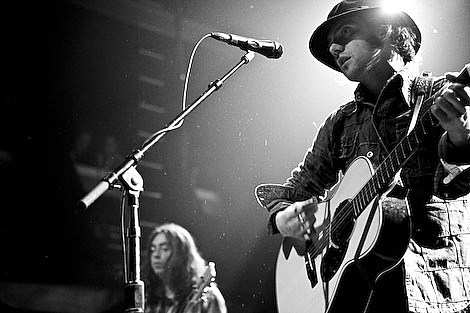 Conor Oberst and The Mystic Valley Band are set to release "One of My Kind" on April 15th, a documentary that will give fans a behind-the-scenes look at the band's journey over the past year and a half. Made by the band's guitar-tech Phil Schaffart and presented by causecast.org, "One of My Kind" traces the group's ever-growing bond as friends and collaborators. Footage from Tepoztlan, Mexico, where they recorded their first album, Conor Oberst, their worldwide tour in 2008, and the making of Outer South in El Paso, TX takes viewers on a 60-minute musical journey around the world.

The film will be available as a free stream or HD download exclusively on Causecast.org, IFC.com, conoroberst.com, mergerecords.com, and wichita-recordings.com.

Unlike any film release before, Conor Oberst and The Mystic Valley Band are donating the documentary, "One Of My Kind" for FREE, in the hope that viewers will make a donation to one of the many nonprofits or causes on Causecast.

The trailer for One of My Kind is below.

Oberst's new record Outer South will be releaesd May 5th, but is streaming now (and available for preorder) at Merge Records. "Nikorette," above, is also from the disc.

Conor Oberst and The Mystic Valley Band have dates scheduled across the country. Stops include April 17th at Coachella and XX Merge, the label's 20th anniversary fest which runs from July 22nd-26th (Merge isn't announcing the nightly lineups, so Oberst could be playing any of those days).

There are no NYC dates scheduled, but they are playing CT on July 3rd and nowhere on July 4th... Oberst was also featured on the Dark Was the Night comp, which is having a charity show at Radio City on Sunday, May 3rd. That's a lineup he seems much less likely to be added to at this point though.

All tour dates, the doc trailer, and Outer South art and track list below... 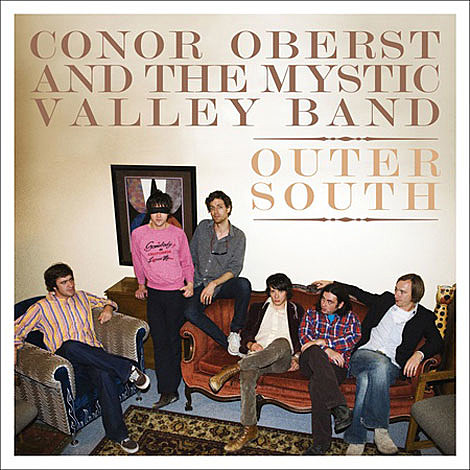