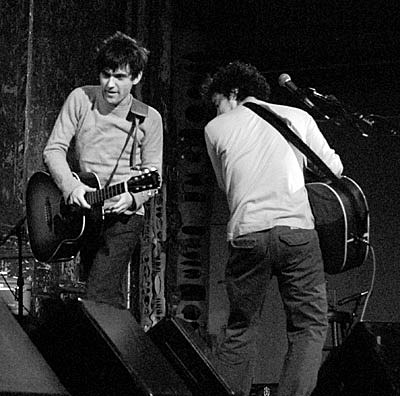 Info on Conor's latest venture below. No NYC date yet....

Conor Oberst is set to release a solo album on August 4th on Merge Records.

This recording was made in Tepoztlán, Morelos, México during the months of January and February 2008. In Tepoztlán, a place known for Aztec Magic and Extra-Terrestrial Sightings, a temporary studio was created in a mountain villa called Valle Místico at the outskirts of town. It was produced by Conor Oberst with much help from engineer and long time associate Andy LeMaster. A special band was assembled for the recording, known amongst themselves and to friends as The Mystic Valley Band. It was there at Valle Místico that Conor and the band lived and worked for that time in near perfect harmony, often unaware of the hour or the day. The result is his first solo album in thirteen years, following Water (1993), Here's To Special Treatment (1994) and Soundtrack To My Movie (1995). In that time he has recorded and preformed in many bands and musical projects including Commander Venus, Park Ave., Desaparecidos, and most notably Bright Eyes, his main musical vehicle for the past decade.

Conor Oberst will be touring this album throughout the summer and has already announced an appearance at September's Austin City Limits festival.