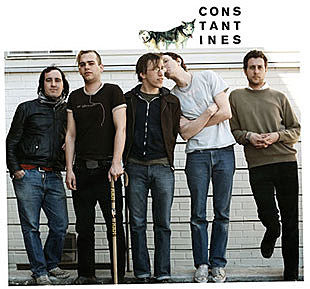 Toronto quintet Constantines have announced a slew of North American dates later this fall including their first ever trip to Mexico in continued support of their fourth full-length, Kensington Heights, which hit stores this spring on Arts & Crafts. The band is currently in the midst of traveling to four Ontario universities as part of the Flick Off Express tour, promoting smarter energy consumption. The Constantines will then head to Mexico City to perform November 8 at ManiFest. Kensington Heights will be released in early November on Arts & Crafts Mexico. Canadian and U.S. dates run from November 27 in Waterloo, ON to December 19 in Hamilton, ON including shows in Boston, New York and Chicago.

Tickets for a December 7th Music Hall of Williamsburg show in Brooklyn, NY go on sale at noon. All dates below...