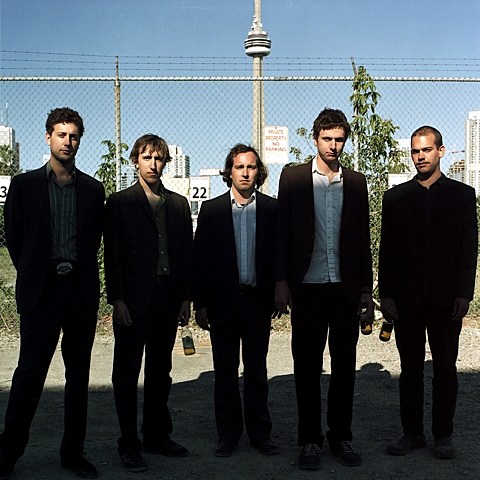 A few months ago, Canadian indie band Constantines announced they'd be reissuing Shine A Light and playing reunion shows. They were since announced for Toronto's Field Trip Festival and now a few other dates have been announced (but still all in Canada). All are listed below.

They've also given more details on the Shine A Light reissue. The album will be out on June 10 via Sub Pop and comes with a 7" that features three bonus tracks. There will also be a limited edition on orange vinyl. Tracklist and a stream of "Young Lions" below.

In related news, Constantines member Bry Webb was added to fellow Canadian Chad VanGaalen's tour with more fellow Canadians Cousins. That tour hits NYC on May 15 at The Bell House and tickets for that show are still available. Bry's new solo album, Free Will, comes out on May 20 via Idée Fixe. Stream the track "Receive Me" from that (via Stereogum) with his list of dates, below.

* with Chad VanGaalen and Cousins