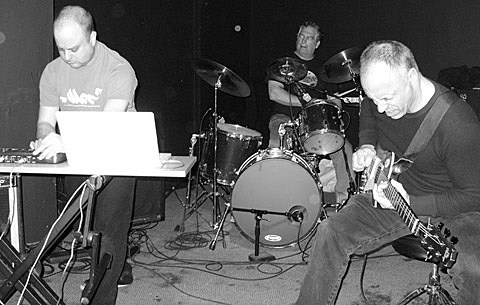 Controlled Bleeding is a prolific experimental music group based in Massapequa, New York. The group was founded by Paul Lemos, the group's only consistent member. Most of Controlled Bleeding's released recordings feature two main collaborators, Chris Moriarty and vocalist Joe Papa, who both died in the late 2000s.

Controlled Bleeding have stayed away from the studio for the past five years, but have returned with Odes to Bubbler, the band's new LP out NOW on Winged Disc/Soleilmoon Recordings. Check out the song "Controlled Bleeding", streaming below. It makes its premiere here.

While these tracks are impressive in their own right, its the band's live show of avant prog/noise/jazz jams which blows the roof off. Controlled Bleeding have a few dates scheduled in the near future, including a show in their homebase of New York at Acheron on August 13th. All dates, the new song and some video below...