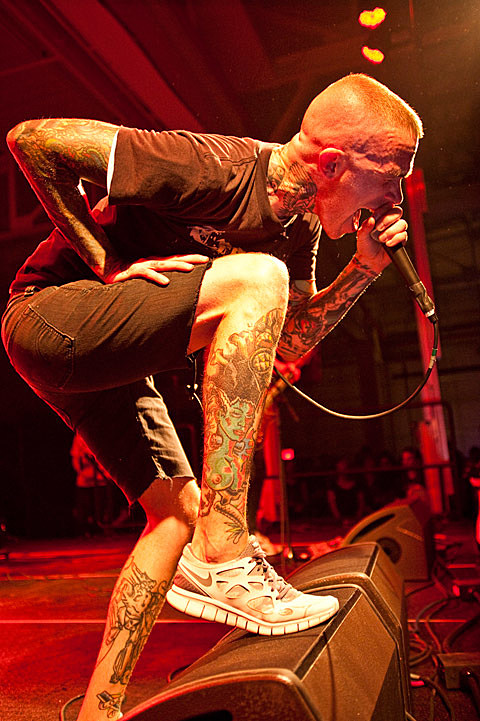 Though details are still sketchy, it looks as if Boston hardcore favorites Converge will hit the road for a string of dates in November surrounding their appearance at Fun Fun Fest. It's not known as to how extensive the tour may/not be, but will play Highline Ballroom on November 11 with special guests Torche and Kvelertak (both of which are confirmed for the FFF as well). Tickets go on sale on Wednesday, August 15 at noon.

Converge is currently prepping a new LP, but recently dropped a split 7" with none other than Napalm Death. Order your copy via Deathwish and stream a teaser for that below alongside all tour dates.

Speaking of Highline Ballroom, a quick nudge for those who may have forgotten. The venue will host a bang-up bill of Russian Circles, Chelsea Wolfe and Marriages on Saturday (8/18) as part of their tour together. Tickets are still available.

Converge dates are listed below along with that audio stream.