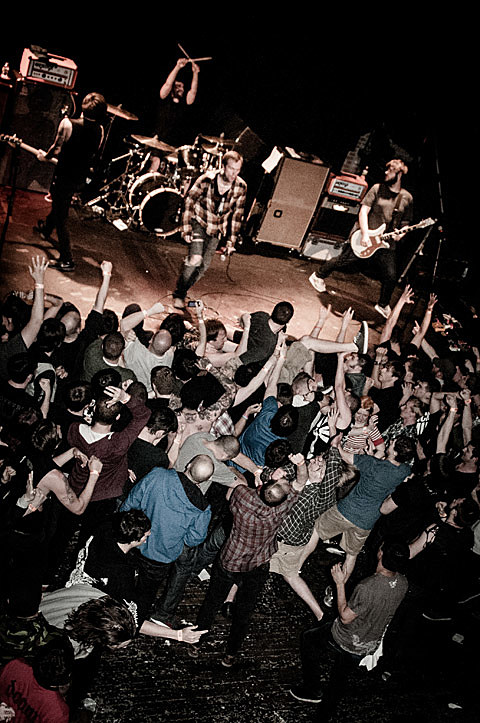 There's this awkwardness that I love at a hardcore show, the moment when a beloved band plays a new song. It's clear that the crowd wants to dance and go nuts (especially, in the case of Converge who have a rather large hit rate), but no one knows what to do. I can see the Converge-fan's thought process now:

Do I swing my arms now?
Is it time to make the pizzas?
Should I start pacing in circles?
Is this the break?
Is this the end of the song?

That awkwardness happened a few times at Music Hall of Williamsburg on April 14th, when the Massachusetts band played with Pianos Become The Teeth, Git Some and Birds in Row. Converge's new tracks, not suprisingly, sounded exactly like you would expect (no left turns on these) and had names like "Aimless Arrow", "No Light Escapes" and "Empty on The Inside". Check out a video of the band performing "No Light Escapes" below. Of course it wasn't all about testing the waters; Converge also broke out the requisite favorites like "Eagles Become Vultures", "Concubine" and "Jane Doe" among many others (setlist below).

The confused Converge-fan will have the ability to get more familiar with the new tracks when the band teams with Rorschach, Indecision & Xaddax at Le Poisson Rouge on May 26th (!). Tickets are still on sale.

Though we unfortunately missed sets by Birds in Row (who just played another NYC show) and Git Some (them too), pictures from the Music Hall show continue below... 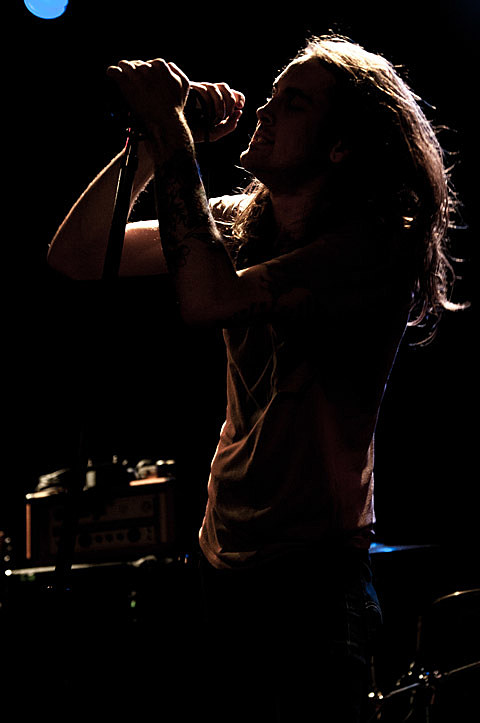 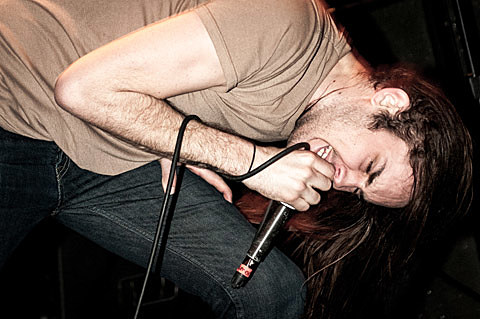 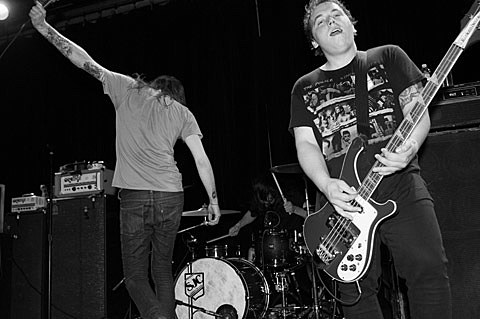 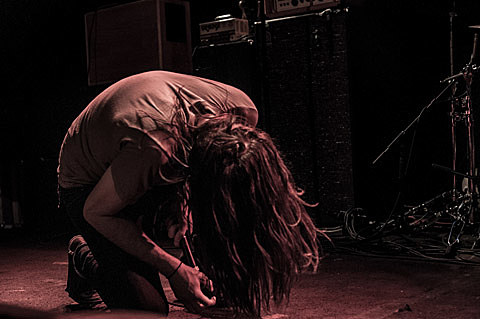 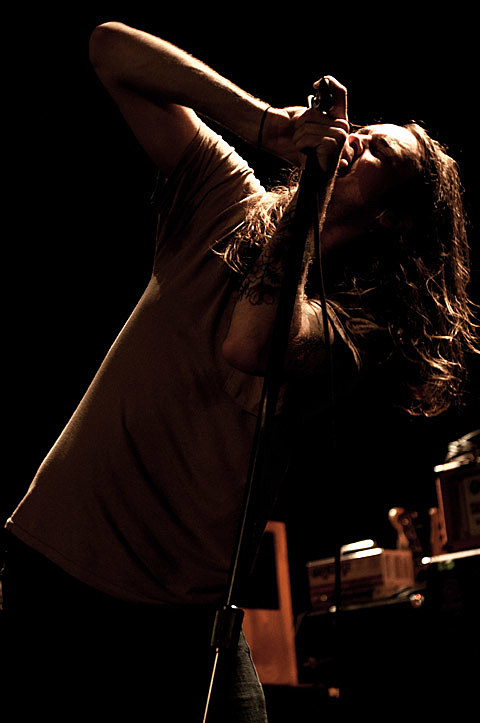 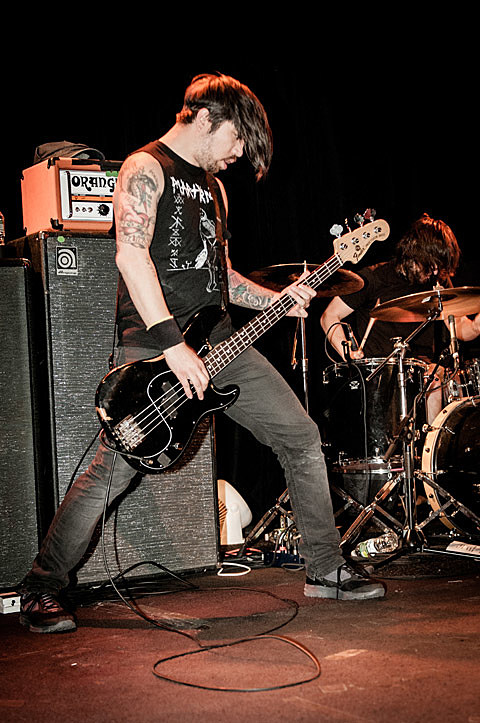 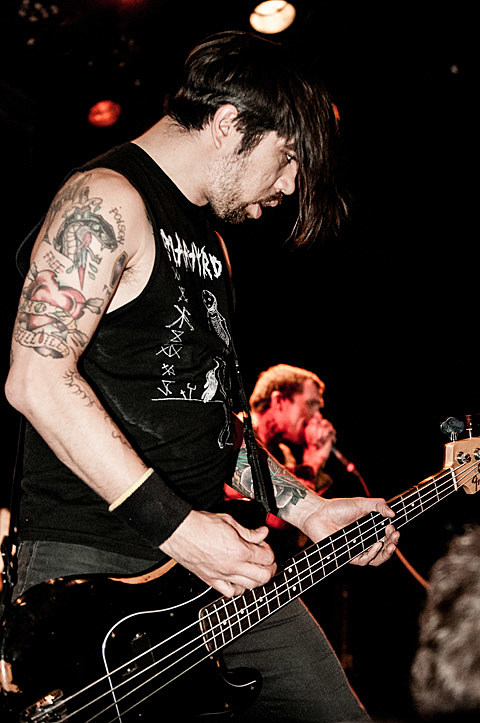 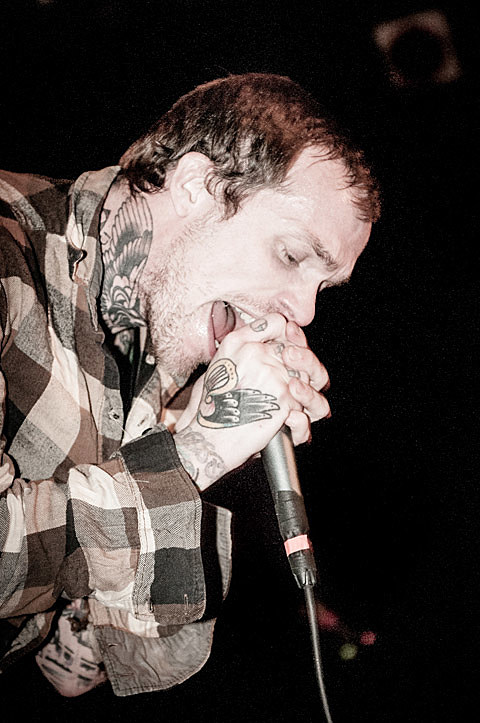 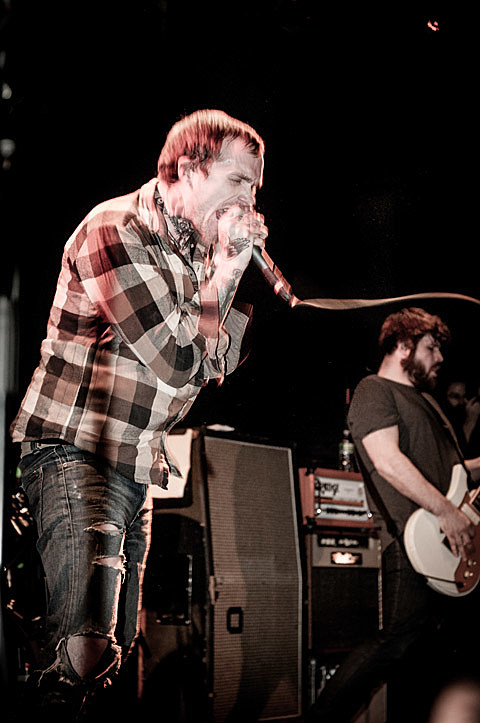 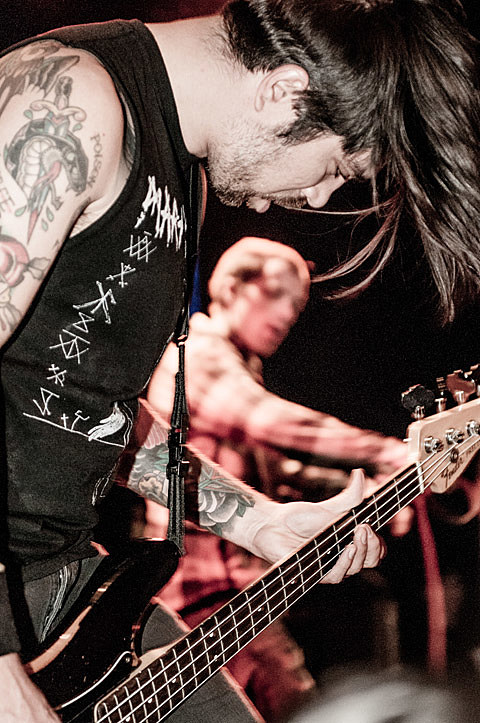 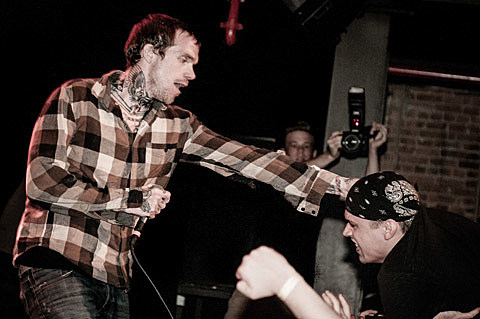 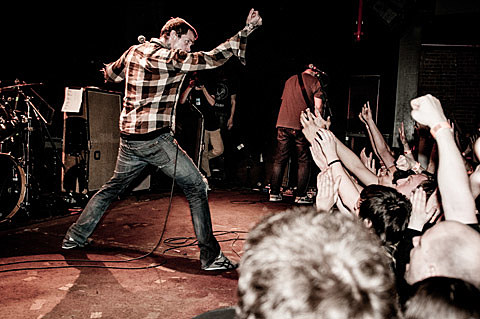 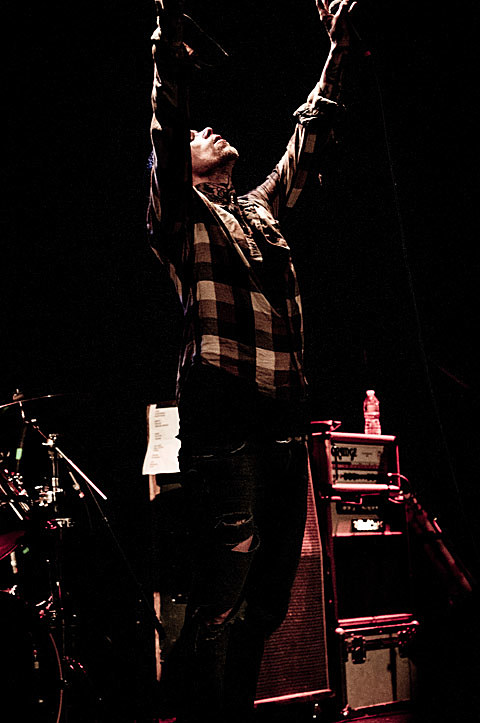 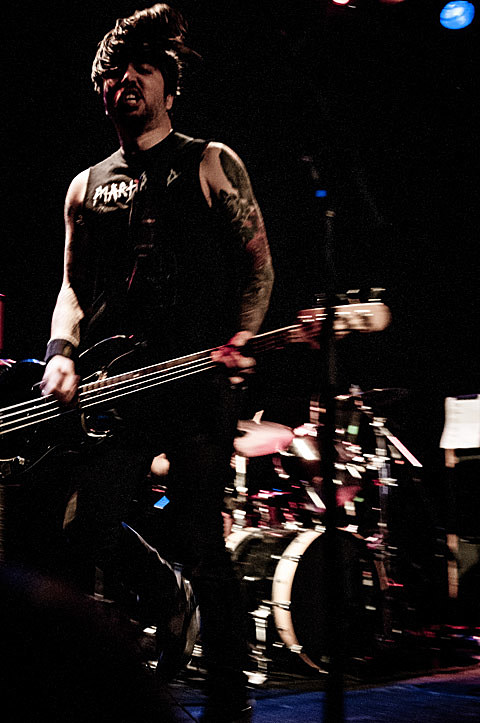 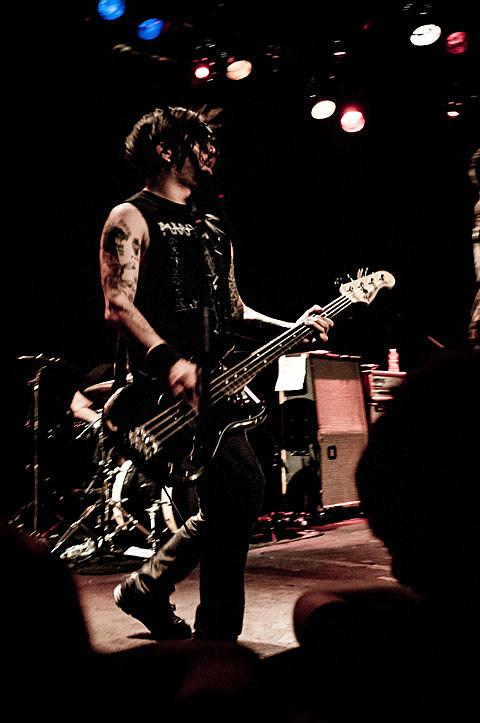 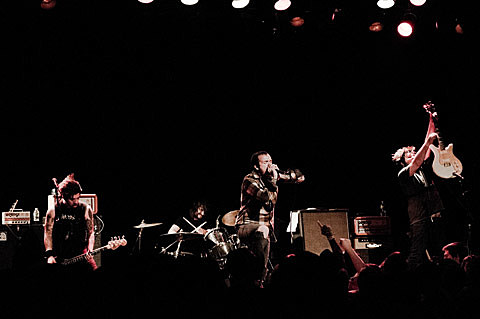 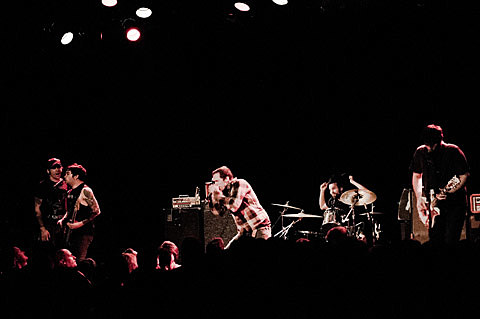 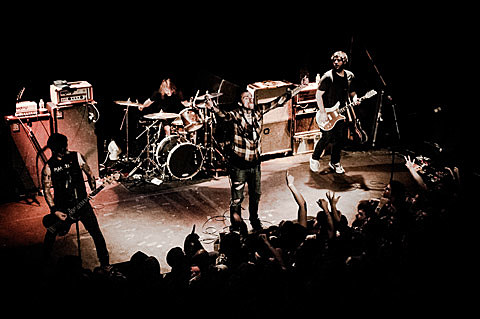 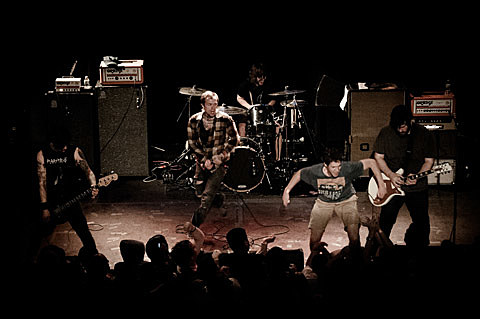 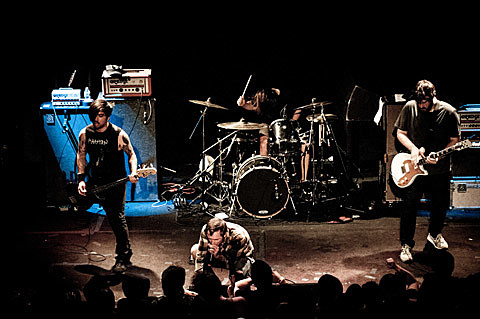 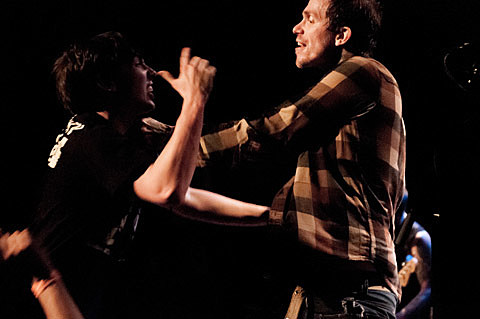 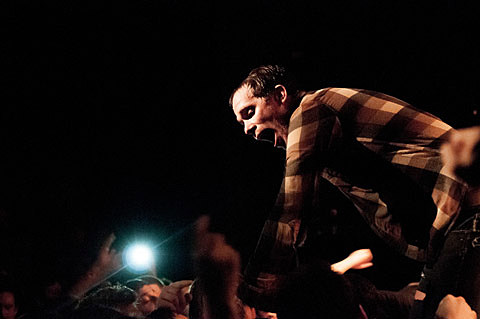 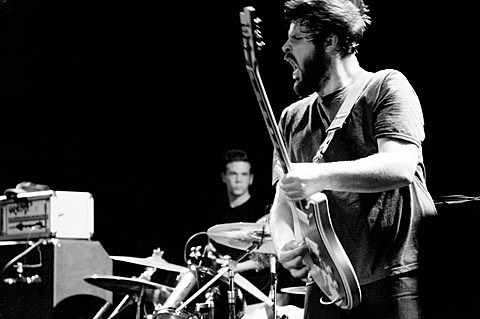 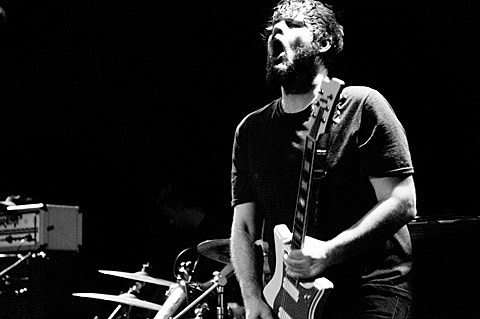 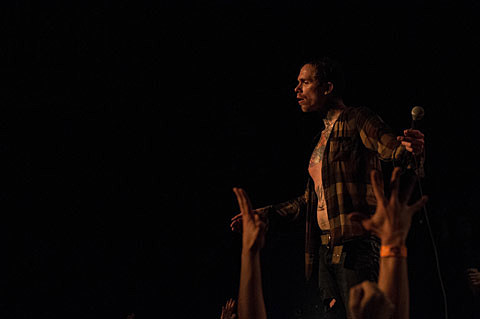 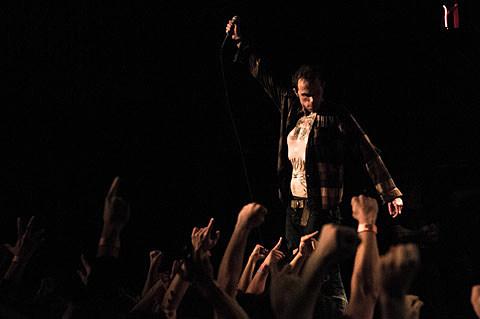 CONVERGE: Live at the Music Hall of Williamsburg 4/14/12