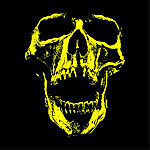 Both Coliseum and Baroness have announced separate tours with before they hit the road with Converge/The Red Chord/Genghis Tron. Baroness will be joined by Young Widows (who recently signed to Temporary Residence) for their new Kurt Ballou-produced LP (does he produce everything?) and will be in NYC to open the Dalek/Russian Circles show @ Mercury Lounge. Now if we can only convice Evan Patterson to persuade his brother Ryan to play a Coliseum date in NYC soon..... All dates below...

* with BARONESS
** with COLISEUM