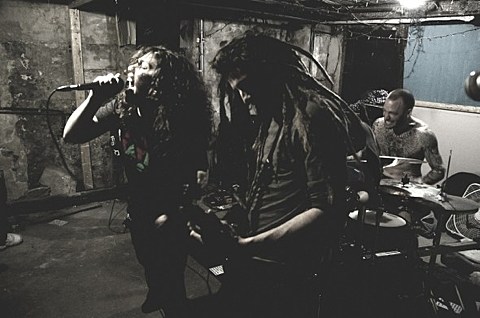 Two crust/D-beat bands -- Philly's Cop Problem and Baltimore's Old Lines (featuring Mitch Roemer of Pulling Teeth and Ruiner) -- are going on tours this year and crossing paths for a few shows together along the way. One of those dates happens at Brooklyn punk venue Acheron on December 7. Advance tickets for that show are not on sale at the moment, but you can check Ticketfly for updates. All dates are listed below.

Cop Problem just announced that they'll release the followup to their 2012 EP with a new one, Buried Beneath White Noise, on October 24 (it's being self-released digitally and will be out later in the year on 7" vinyl via The Compound). The EP was produced by Philly's go-to punk producer Will Yip, who's worked with Paint It Black, Title Fight, and just put out a compilation with a bunch of the bands he's recorded. Much like last year's release, the EP's first single, "American Spring" is punishing riffy d-beat, and thanks to singer Deb Cohen's vocals, it's actually kinda catchy. You can listen to that over at Pitchfork. Check out the EP artwork, tracklist, and the video for "Monuments" from their 2012 EP, below.

Old Lines are also releasing a new 7", If You See Something, Say Something, on October 22 via Reptilian Records (pg.99), which follows their late 2012 EP. Unlike Cop Problem, who have a melodic side, Old Lines are pretty much in brutal, growly attack mode the whole time, as you can hear on the EP's new single, "Stratford." You can stream that, along with the artwork and tracklist, below.

All dates are listed, along with all streams and more, below... 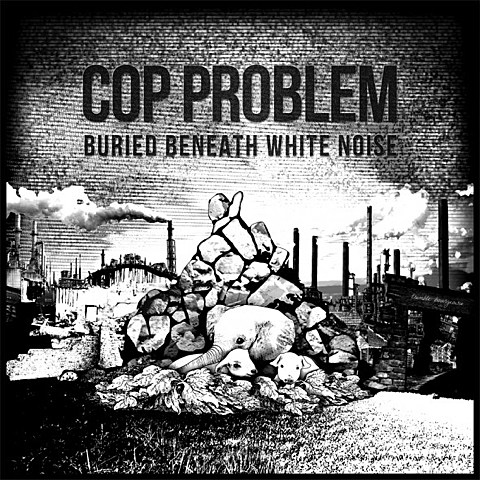 Old Lines - If You See Something, Say Something 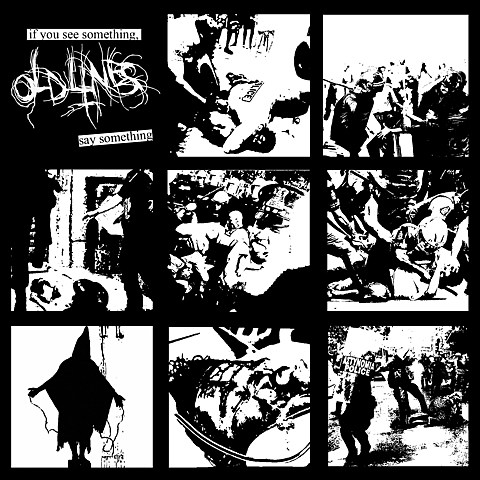 If You See Something, Say Something Tracklist:
Stratford
Easy Answers
Still