SHE IS EVERYWHERE - YOU PROBABLY HATE HER 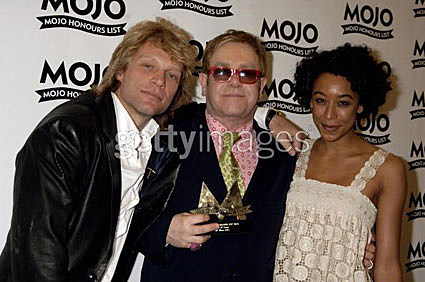 Along with Lily Allen, Sound Team, The Decemberists, Interpol, The Magic Numbers, Kevin Devine, and LCD Soundsystem - British soul singer Corinne Bailey Rae is one of Capitol Records' newer signings. All I knew was that she was "huge" in the UK, so I made sure to show up early to catch her set at the Mercury Lounge in March (she played between the Grates and the Guillemots). Then she played right before Morrissey and Richard Hawley at SXSW, and since then I've seen her CD advertised on TV (especially VH1), on billboards, in Starbucks, and everywhere. She played a sold out show at Bowery Ballroom in June, and is playing a still-not-sold-out-moved-from-Bowery-Ballroom show at Webster Hall on August 23rd.

FREE NYC SHOW
One day after the Webster Hall show (and one day before her Boston show) - August 24, 2006 (5pm): Corinne is playing the free J&R Musicfest show at City Hall Park (where I saw Lisa Marie and Marky Ramone) in Lower Manhattan with Freddie Jackson and Joe. (thx CJ)

Watch her in concert at AOL.