to quote Jesse Pinkman, "It's a whole lot of cheddar" 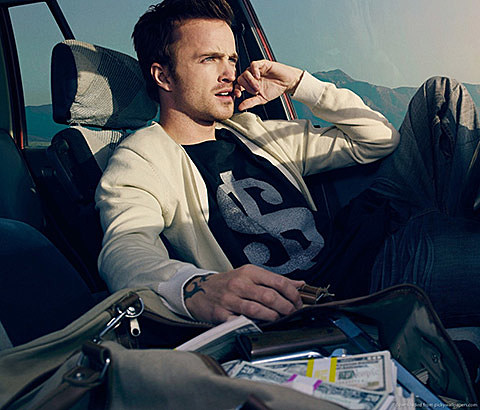 Coachella starts this weekend (April 11 - 13) and amongst the sold-out throngs are a few famous people too. Some because they party while seeing Outkast, Arcade Fire and/or Muse, and some because they're...paid to be there. The Daily News reports that corporations (not the festival itself) are paying huge amounts for celebrities to attend on their behalf (and flash their products). Among them: Glee star Lea Michele reportedly is getting $20,000 from Lacoste to wear its crocodile clothes, and Vanessa Hudgens will receive $15k from McDonalds (will she have to hold a shake the whole time?). Other celebs are, according to the Daily News' source, actively looking for similar deals, like Breaking Bad star music festival regular and Betty Who fan Aaron Paul who, according to the story, is asking for "$15,000 and at least 2 VIP passes" to the fest.

You can coordinate your own VIP experience from the comfort of your home as the first weekend streams on Coachella's YouTube page and the second weekend (April 18 - 20) will air on cable channel AXS TV.