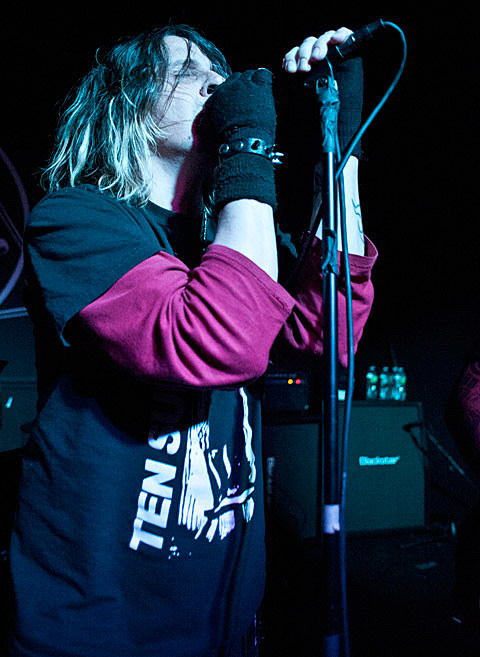 As discussed, Corrections House is a supergroup of sorts, comprised of Scott Kelly (of Neurosis), Mike IX Williams (Eyehategod), Sanford Parker (producer/engineer, Nachmystium/Minsk) and Bruce Lamont (Yakuza, Bloodiest, etc). The upcoming tour will feature "solo sets of spoken word, acoustic and experimental music with an end times collaboration to close out the night." What we didn't know was that recorded material was also on the way...

Corrections House have produced a video for "Hoax the System," a new track that will appear on a forthcoming 7" on War Crime Records, a collaborative effort between Parker and Lamont. The flip will feature a second track, "Grin With A Purpose," though no additional recordings have been reported. Fingers crossed.

In the meantime, swoop below for a look at the new video and all tour dates. And if you want to see it live, Corrections House hits Saint Vitus on Jan 21 (tickets).

In related news, Neurosis plays a sold-out Brooklyn Masonic Temple on Saturday, the same day as the mega-Catharsis/Deathcycle/Gehenna/Withdrawal show at The Acheron (tickets).

Video and a list of tour dates are below.