Corrections House at Saint Vitus in 2013 (more by Caroline Harrison) 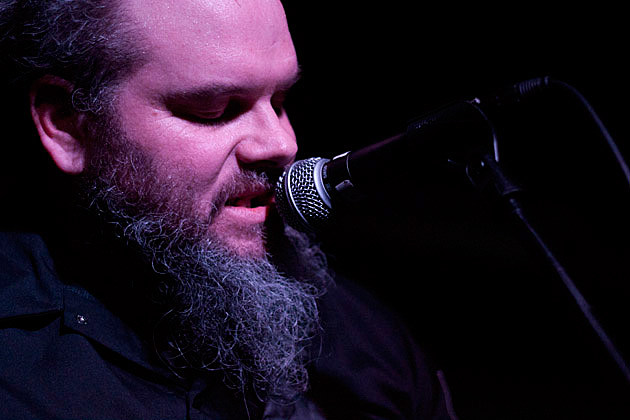 Heavy supergroup Corrections House have announced a winter tour with dark industrial project Statiqbloom. Corrections House is comprised of Eyehategod frontman Mike IX Williams, Neurosis frontman Scott Kelly, Yakuza's Bruce Lamont, and Chicago-based multi-instrumentalist (and producer of basically all the sweet metal coming out of the Windy City), Sanford Parker. This band is heavily pedigreed from far ranging styles of incredibly influential sludge, and their sound is an unholy beast culled from the diverse skill set of the members. The tour will make a stop in NYC on December 1 at Saint Vitus, where the two aforementioned bands will be joined by two-man noise outfit UNIFORM and local one-man hardcore/industrial/drone act Body Stuff. Tickets are on sale now.

All dates are listed, along with a video of what happened last time Corrections House played Vitus and a stream of the Body Stuff EP, below...

Corrections House - Hoax the system from (((unartig))) on Vimeo.