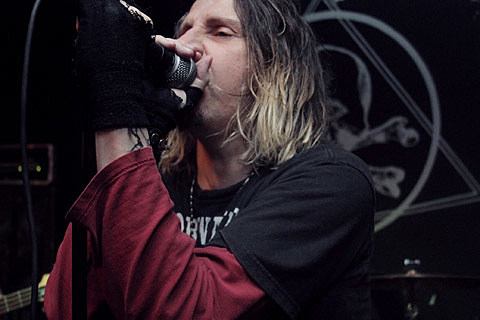 Corrections House is a new band of the "supergroup" persuasion, featuring Scott Kelly of Neurosis, Mike IX Williams of Eyehategod, Sanford Parker of Nachtmystium, and Bruce Lamont of Yakuza/Bloodiest. Little is known about what this stellar lineup has conjured together yet, but you can look forward to a few live performances in the US soon. Those include a stop in Brooklyn at Saint Vitus on Jan 21. Tickets are on sale.

Don't forget that Neurosis also announced tour dates recently, including their first NYC appearance in five years. The band also recently added a few new ones as well, including at Union Transfer in Philadelphia on 1/20. Dates are below.

Both Eyehategod and Nachtmystium performed at St. Vitus in November, though Sanford was not on board as a member of the Chicago black metal crew this time around. If you missed it, check out pictures of Nachtmystium HERE and shots from Eyehategod HERE and HERE.

All tour dates listed below...