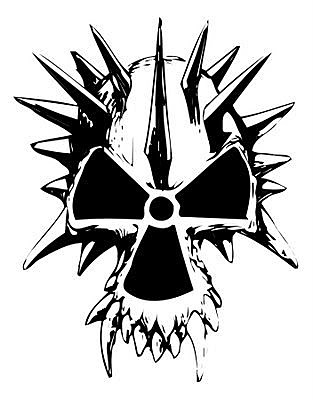 Speaking of LA, they have another noteworthy festival happening in August, though that show focuses more on the heavier side of things. August 8th will mark The Power of The Riff Fest at The Echo and Echoplex in LA with the return of Corrosion Of Conformity III (aka Animosity era!), Goatsnake, From Ashes Rise, Trap Them, Repulsion, Nails, Coliseum, Black Breath, Eagle Twin, Early Graves, and many others. The Converse-presented show is FREE (wow), but requires an RSVP. Poster and full lineup below.

The original 3-piece Corrosion of Conformity also have a handful of other dates scheduled around that time. Unfortunately none on the east side of the coast (for now), but they are listed below. Three of the dates, including The Power of the Riff, are being called the "Southern Lord West Coast Tour" which all include the lineup of Goatsnake, Eagle Twin, and Black Breath (poster below).

Nails will be in Brooklyn on September 23rd alongside Strong Intention and Venomous Concept at Europa. Tickets are still on sale. Nails are also on the lineup of Philly's 3-day This is Hardcore Fest.

Unfortunately most of this stuff does not include NYC action, though we have two sunn o))) & Boris shows to look forward to, not to mention Boris/Russian Circles/Torche, and SLEEP. Coliseum was just here last week.

Dates and stuff below... 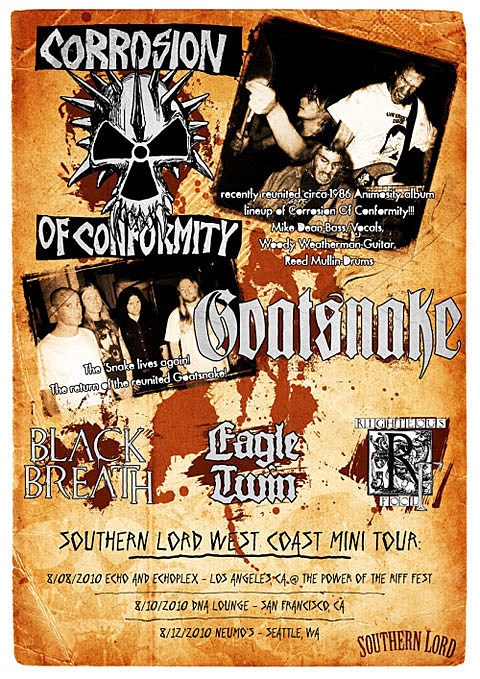 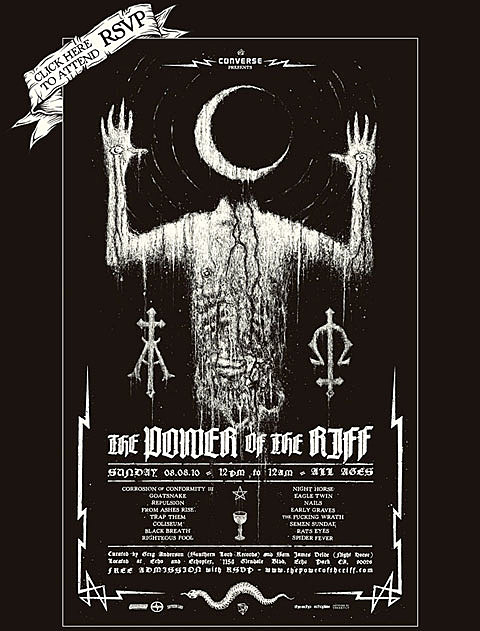 The Power of The Riff Festival will be an all day, all ages, free music event that also includes a record swap meet of local stores such as Vacation Vinyl, Origami Vinyl, and will also feature pop up stores by Tee Pee Records, Southern Lord Recordings and more.

In addition, the festival will feature a gourmet food truck court of Los Angeles' best purveyors of street food dining. There's something for everyone...from vegan delights by Sweet Vindication, stacked burgers by Grill Em All,head high sandwiches by the legendary Canters Deli and unforgettable frankfurters by The Greasy Wiener!

RSVP is strictly required. Early arrival is suggested as space is limited.
Entry is not guaranteed. Line up subject to change.