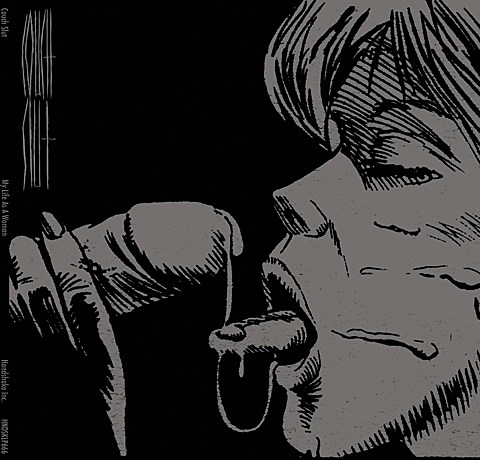 NYC's Couch Slut have only been around for about a year but have quickly been leaving their mark on the local heavy scene. Their debut album, My Life As A Woman (that's the awesome cover art above), came out last month via Handshake Inc and is streaming below. It's kinda metal, kinda hardcore, and kinda noise rock. If you're into all three of those things, this album is definitely for you. But if say you're 100% not a metalhead, but you are into early Sonic Youth, there's plenty you'd dig here too. Needless to say, the album is heavy as all hell, though parts of the post-rocky "Rape Kit" are downright pretty. It's a diverse listen and only six songs -- check it out.

Couch Slut's official release show for the new album happens in their hometown on Sunday (11/23) at Acheron with Derek Reinhardt (of A Guide To Rational Living), Ora Iso and 1MITATOR. Tickets are on sale now. Flyer below.

If you're headed to that show, it's also worth catching fellow Brooklynites Ora Iso, who put out their debut album, Bathcat, last month on Ba Da Bing. It's less heavy than Couch Slut, but a good pairing with its doomy, droning atmospheres and a similarly commanding vocalist. Check out two tracks from that below.

Couch Slut - My Life As A Woman 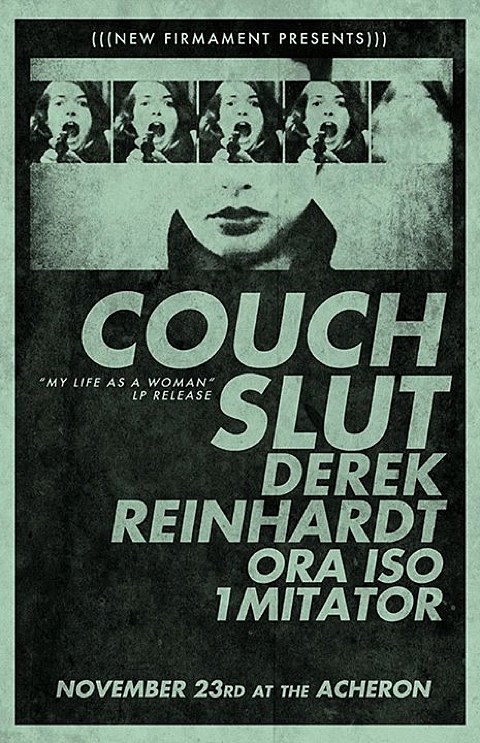