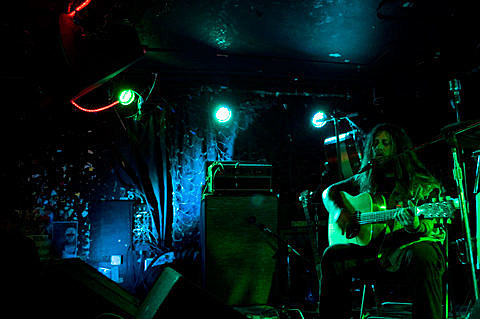 Mike Scheidt (of YOB) just may surprise you with "In Your Light" from his previously discussed solo debut Stay Awake due on May 15th via Thrill Jockey. Look for the Yob frontman to celebrate the tunes in NYC when he joins Richmond doomers Cough as support for his own band at The Bell House on May 23rd. Tickets are still available.

Cough will embark on a string of dates with Dragged into Sunlight following their appearance at Maryland Deathfest 2012. After those dates come to a close, look for DiS to hook up with Wolvhammer for a string of shows including Saint Vitus on 6/14 with The Year is One (tickets).

All tour dates and that stream is below.