Bundy of Naam @ the Charleston (more photos by Samantha Marble) 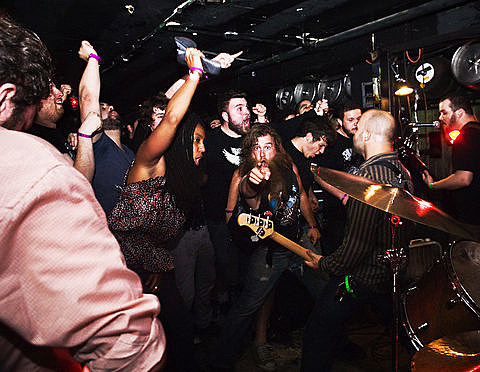 The pointer in the above photo taken at the Torche (who just announced another Brooklyn show) show at The Charleston is none other than Bundy of Naam, who will play a BV/1000 Knives show alongside Elder, Elks and BV-BBG Northside alums Cough on Wedneday (June 9th) at Cake Shop.

In other Cough news, the Richmond band has announce that they have signed to Relapse Records (!) and are currently working on their new LP Ritual Abuse with Sanford Parker which will see the light of day this fall via the label.

In other BV Cake Shop news,this Saturday (6/5) brings two BV-affiliated shows. There's the FREE Yeasayer show on Governor's Island. And, Monolith, Voyager, Seraphim and Altered State are set to tear down Cake Shop. Doors for that one at 5PM.

Tour dates, flyers, some videos, and current Cough dates are below... 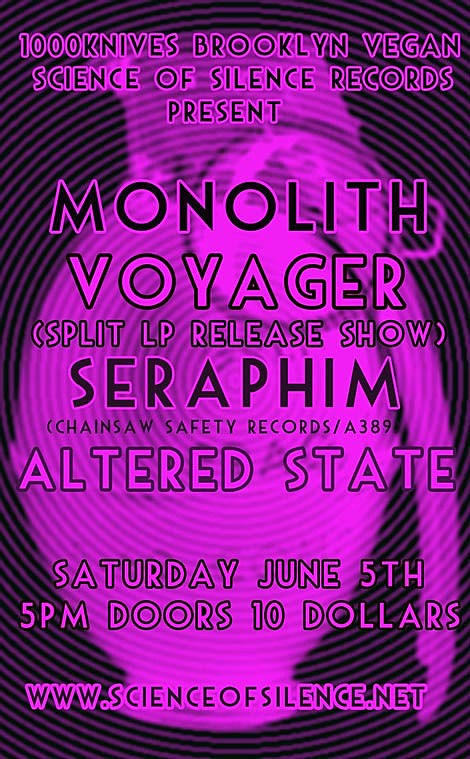 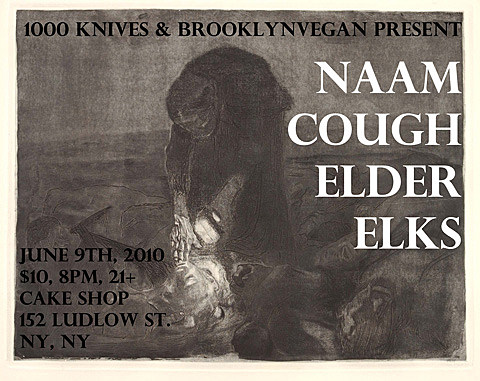