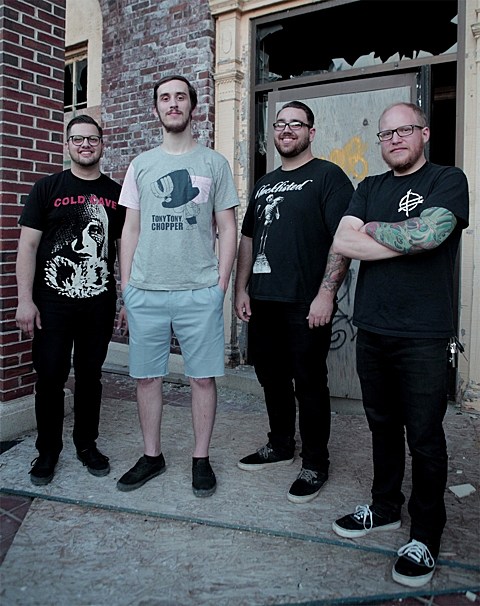 Nashville's Courtesy Drop have signed with Animal Style Records this year (once home to Lewd Acts, Transit, etc), and they'll release the followup to their 2011 debut, What Makes This Place Worth Calling Our Home, on the label this fall. The new album is called Songs to Drive to; Cry, and Make Love To, it's due out on vinyl and digitally on October 15, and can be pre-ordered now at the No Sleep webstore.

The album's new single, "Goodbye, Fairline Drive," which makes its premiere in this post, doesn't waste any time letting you know this is an album worth looking out for. Without a second of introduction, the song kicks off with heavy (but insanely catchy) power chord riffage, leading into melodic emo that wouldn't have been out of place on Nothing Feels Good. Stream the new song, along with two other album tracks, "Science Is A Liar Sometimes" and "Mineral Extracts" (a nod to Mineral?), below. The album artwork and tracklist are below too.

Courtesy Drop don't have a tour scheduled at the moment, but they will be playing Gainesville's The Fest. They play on Sunday (11/3) at Mars Pub.

Courtesy Drop - Songs to Drive to; Cry, and Make Love To 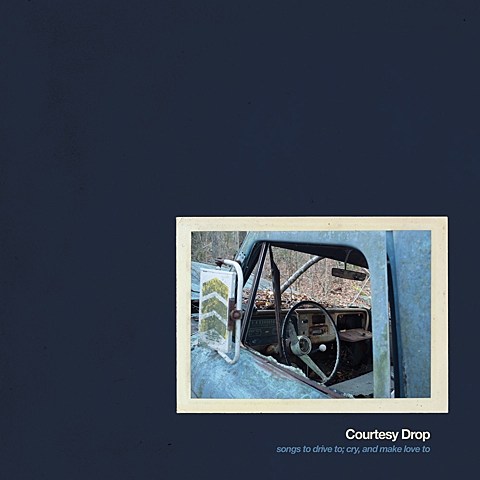 Songs to Drive to; Cry, and Make Love To Tracklist:
1. History Will Remember Our Generation As A Shining Example Of How Not To Exist
2. Goodbye, Fairlane Drive
3. Dormant Dreams
4. Appleseeds From Ash Night
5. A Toast To The Valiant Phil Coulson
6. Mineral Extracts
7. Not All Those Who Feel Pain Are Hurt
8. Science Is A Liar Sometimes
9. Truck Jamz Vol 1
10. Stranger Than Friction
11. Fork In The Road
12. Head, Shoulders, Knees, and toe.
13. Superbook