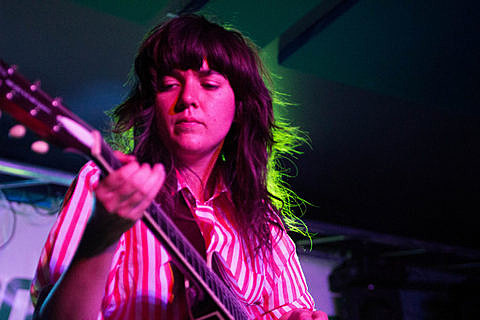 Australia's Courtney Barnett was just in NYC for CMJ, where she played a number of shows, including one of our own, and was one of the more impressive artists here for the festival. She's absolutely worth catching again, or for the first time if you missed her, so it's a welcome announcement that she'll be back for shows on February 21 at Mercury Lounge and a day later at Williamsburg's new Rough Trade NYC (2/22). Tickets for both NYC shows go on sale Friday (11/8) at noon. No other North American tour dates are announced at the moment, but all dates (mostly in Australia) are listed below.

If you haven't heard her new double EP, A Sea of Split Peas, it's one to check out. She's got the hazy harmonies and textures of Summer of Love psych pop with clever lyrics that she nonchalantly speak-sings like a slacker Bob Dylan; the kind of way where if you're not paying attention you'd miss her saying things like, "The paramedic thinks I'm clever 'cause I play guitar, I think she's clever 'cause she stops people dying." She's got the same kind of wit in her on-stage banter, plus a knack for minor guitar freakouts that you might not expect from listening to the record.

We already posted one set of pictures of Courtney from our CMJ party at Baby's All Right, and we've got another set in this post.

Stream her double EP in full, along with more pictures and a video of her from the BrooklynVegan party, and the list of all dates, below...

Courtney Barnett - The Double EP: A Sea of Split Peas 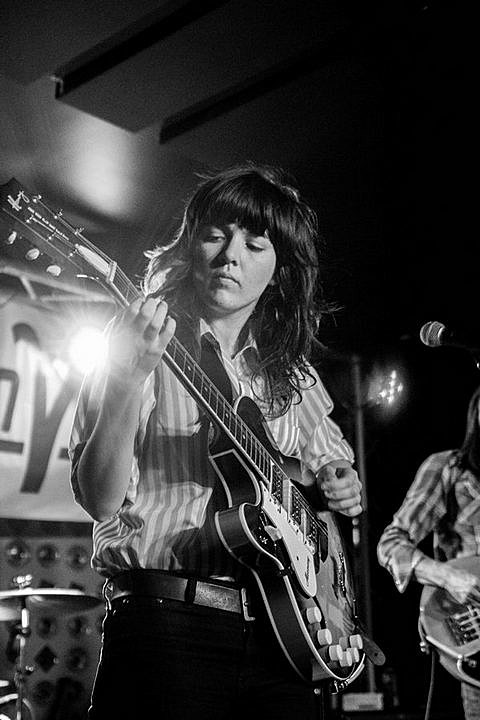 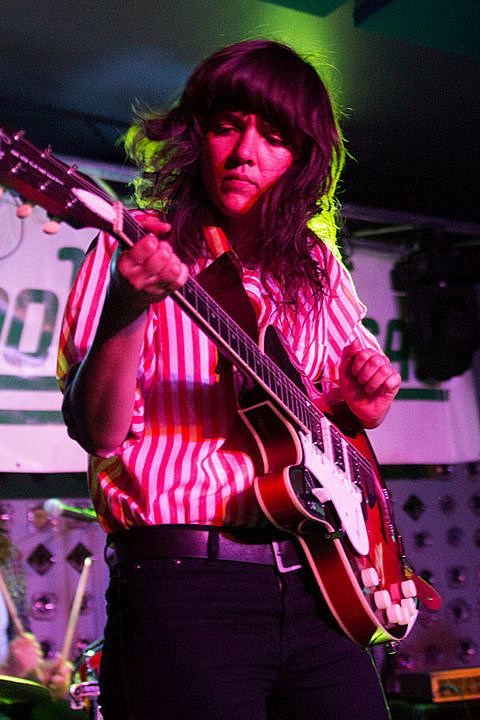 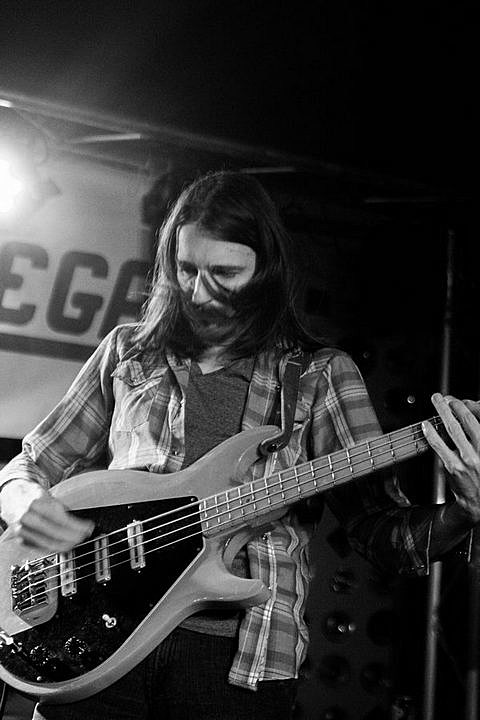 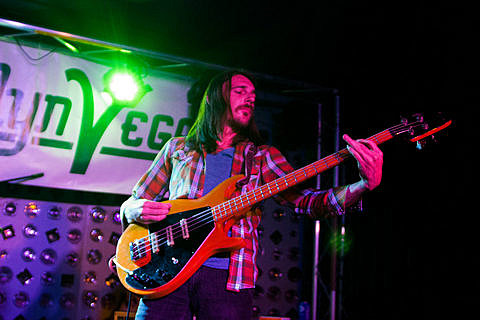 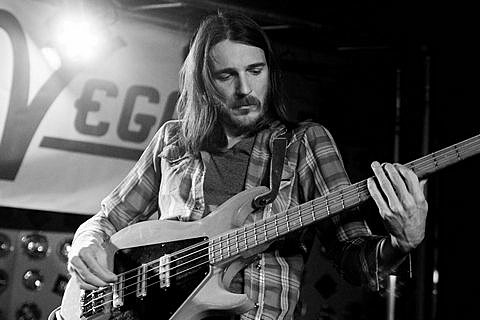 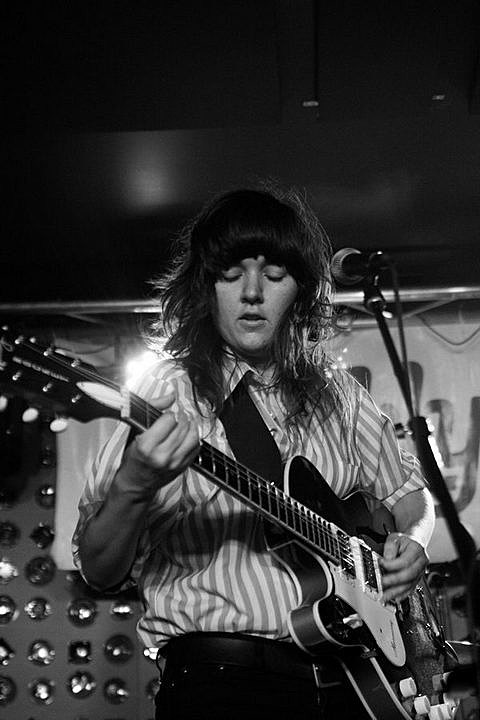 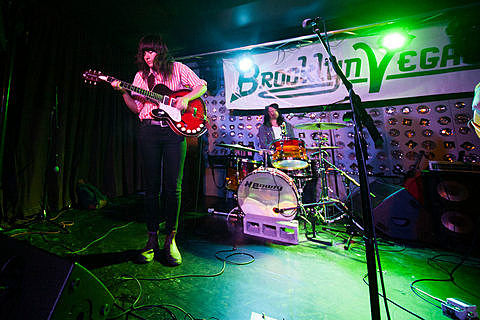