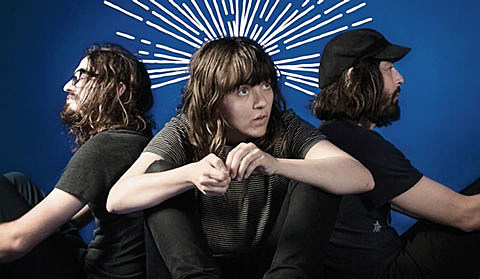 Courtney Barnett has a new single coming out as part of Third Man Record's "Blue" series. Produced by Jack White, the a-side is ""Boxing Day Blues Revisited," a sequel of sorts to "Boxing Day Blues" on Courtney's recent album. The b-side is a cover of "Shivers," by The Boys Next Door (who would become The Birthday Party). You may remember this song, written by Rowland S. Howard, was also covered by Divine Fits. You can stream "Shivers" below.