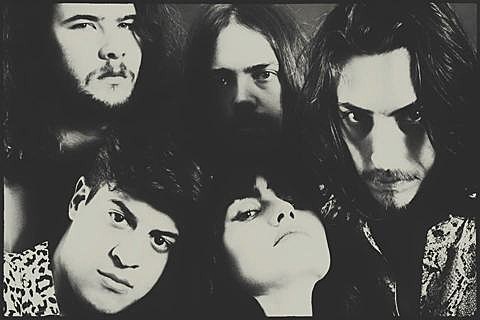 Holy crap there are a lot of Australian bands playing CMJ 2013. And almost all of them will be at the annual Aussie BBQ, which happens at The Delancey all day and night Saturday (10/19). It's free and open to the public with over 30 acts playing. The show features some bands we've already told you about: Courtney Barnett, Crayon Fields singer Geoffrey O'Connor, sludgy garage rockers Reptiles, and WIM who are based in NYC at the moment.

That still leaves most of the line-up which is all over the map, sound-wise. You can check out nearly all of them via a Spotify playlist for easy perusal. The whole schedule is listed below, but here's a few highlights.

Including the Aussie BBQ, Courtney Barnett is playing a whopping eight shows this week. That includes the free BrooklynVegan party on Saturday at new Williamsburg venue Baby's All Right. (We'll be announcing the whole line-up soon.) As Andrew Sacher wrote previously, she makes the "kind of post-'90s lo-fi that we've heard from, well, most bands who classify as indie rock in the past some-odd years. She even tags herself on bandcamp as "slacker." But what sets her apart from the mass of samey slacker rock bands is she's got a sense of songwriting that hearkens back to the creative burst of the late '60s." All here CMJ dates:

The Preatures make slightly countryish pop-rock and comparisons to Haim have been flying around. They're a little more rock (in a Strokes kinda way) than Haim, but their songs are pretty hooky. They're playing four shows total while here, starting Wednesday (10/16) at Bowery Hotel as part of the School Night party (free with RSVP). They'll also play Santos on Thursday (10/17) and the Planetary day party at Pianos on Friday (10/19). 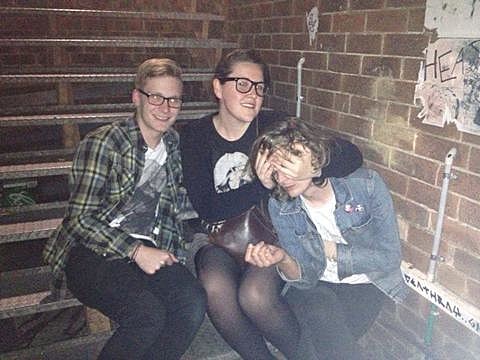 Bored Nothing are from Melbourne and work in hazy, swirling guitars and somewhat mopey/angsty vocals. Their self-titled album from this year is pretty good. You can also catch them tonight (10/15) at Pianos with Courtney Barnett, Total Slacker, High Highs, Saint Rich, Spires, Palehound and more. It's only $5 at the door and free with RSVP (or your CMJ badge). Flyer with all the bands is below. 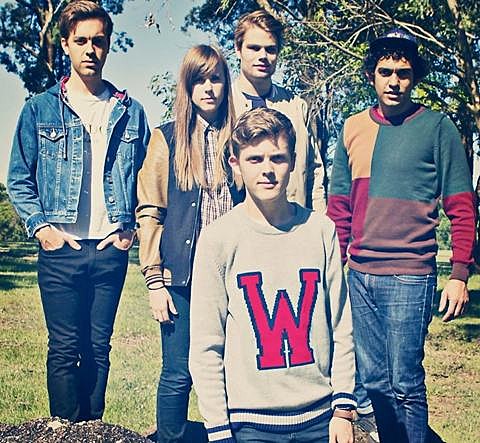 On the synthy tip, there's Brisbane's Cub Sport who make "whoa-oh" effervescent style dance pop. Light as a breeze, but undeniably catchy stuff. If you're free this afternoon, you have two chances to see them on Ludlow St. They play Pianos at 2:40 PM, and then they play Cake Shop at 5 PM. They'll also play KEXP at Judson Memorial Church on Wednesday (10/16, noon), and then Union Pool on Friday (10/18, 7:40 PM).

One note, hirsute novelty rockers The Beards were supposed to be at CMJ (and open the Aussie BBQ at 2 PM) but their visas didn't come through in time.

Not playing the Aussie BBQ is Kirin J. Callinan whose debut album, Embracism, came out earlier this year. (He played one of our CMJ parties last year.) Luckily he is playing other shows, a ton of them, including three tonight:

His live show is intense, catch him if you can.

Aussie BBQ line-up and schedule, that Spotify playlist and a few flyers, below... 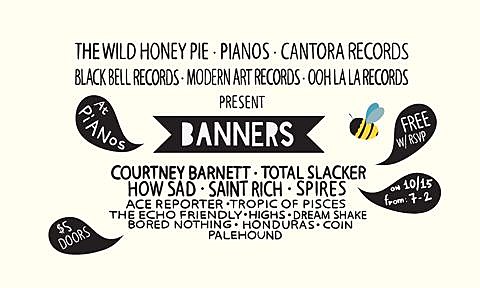 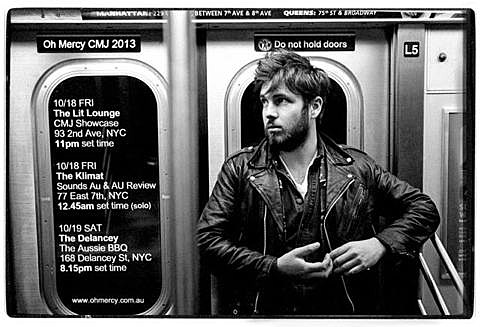 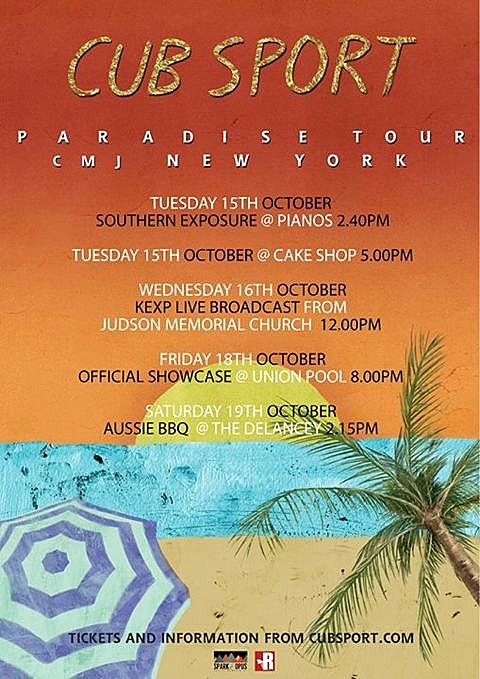 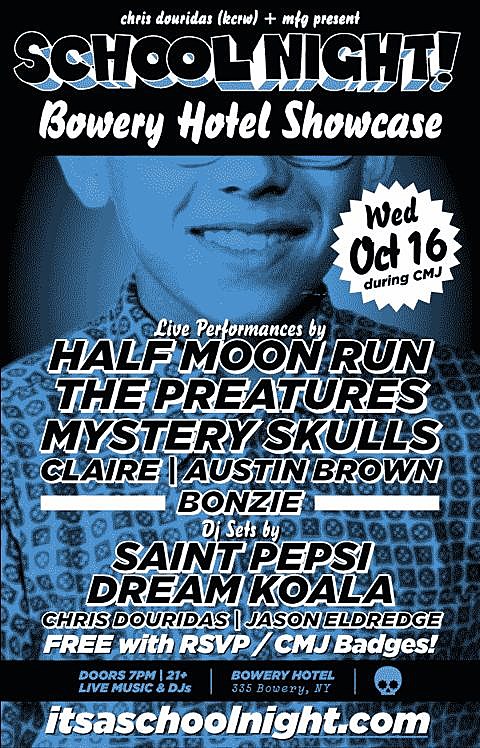