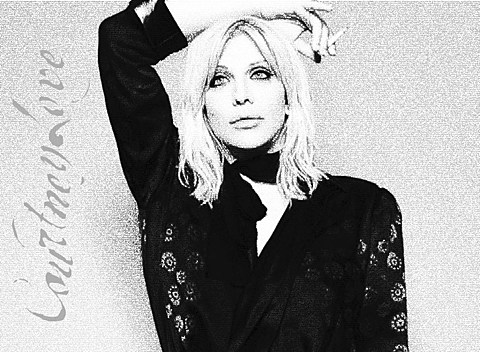 Say what you will about Courtney Love's solo material or the current state of Hole (not counting their surprise classic lineup reunion at Public Assembly last year), but the first two Hole records are 90s alt-rock classics, and if the lead singer of those albums is heading out on a solo tour, it's at least as notable as Billy Corgan's version of the Smashing Pumpkins touring. We briefly mentioned that Courtney would be doing some NYC-area shows this year, and have since realized they're part of a short Northeast tour she's doing in June.

The Paramount show and the non-NYC-area shows on the tour are with Brooklyn goths Starred, but no openers have been announced for the Warsaw, Cap, and Stone Pony shows yet. Starred's impressive Prison to Prison EP came out last year, and we've since heard new material from them on the Sub Pop 1000 compilation. Their contribution, the dark folk dirge, "Doomed," is one of the standouts on the compilation and the best track I've heard from Starred yet. You can listen to "Doomed" 34 minutes into the full album stream of Sub Pop 1000 below.

UPDATE: Starred have been announced as the openers for the Warsaw and Stone Pony shows as well.

All Courtney Love dates are listed, along with the Sub Pop stream and some classic Hole videos, below...