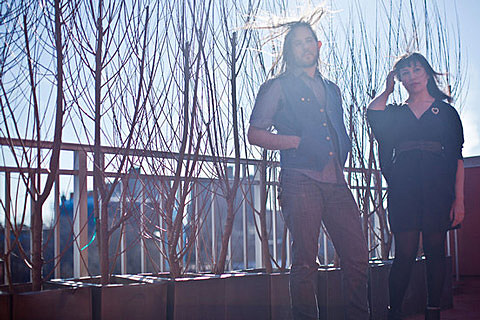 Monica Salazar and Jared Olmsted are both from California but they met and formed Courtship Ritual here in Brooklyn. They describe themselves thusly:

What do they sound like then? The most prominent components to these ears are Salazar's voice and Olmstead's liquid bass, giving Courtship Ritual a dark, mossy vibe. There's a little David J in there, maybe some early Eno or Japan, and they would make good openers for someone like Dum Dum Girls. The band's debut album, Pith, is out this week (7/22) on GODMODE (Shamir, Yvette). You can stream the whole album below.

Courtship Ritual have a couple NYC shows coming up. They play Palisades on July 31 with EULA, Pile, and Big Ups, and then they'll be back at Palisades on August 13 with Fasano, The Flag and Imperial Topaz.

Album stream and show flyers below... 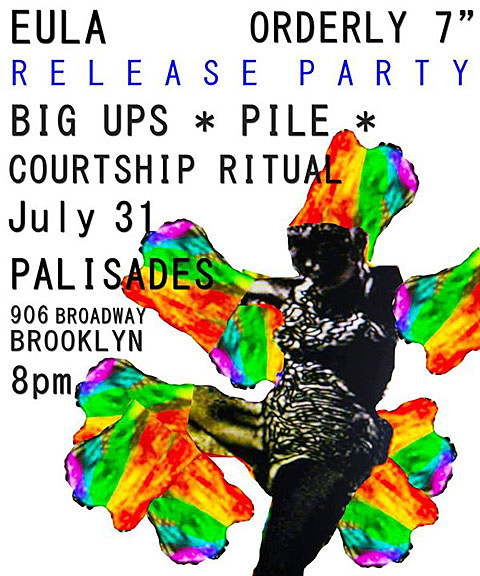 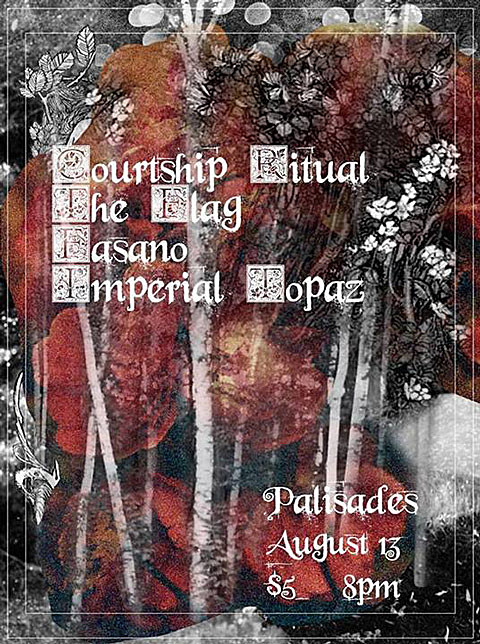