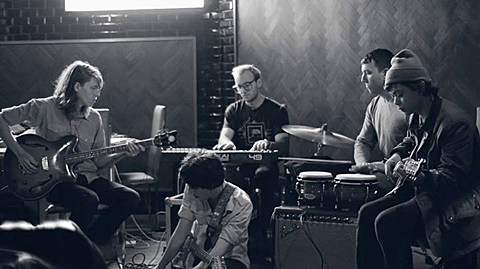 Craft Spells released their second album, Naseua, via Captured Tracks earlier this year which took them into more pastoral sonic landscapes than we'd heard them do previously. If you haven't checked it out you can stream the whole thing below via Rdio.

The band will be on tour with San Francisco's The Bilinda Butchers starting in February. The tour hits NYC at Mercury Lounge on March 13. Tickets for that show are currently on AmEx presale with the regular on-sale starting Friday (12/12) at noon. All dates are listed below.

As for The Bilinda Butchers, it might not surprise you that a band whose name references My Bloody Valentine's other singer/guitarist might have shoegaze tendencies. The band released their new album Heaven, over the summer and you can stream the whole thing below.