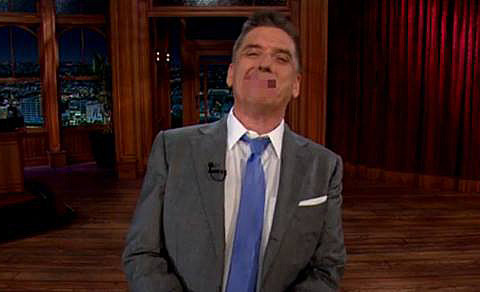 Craig Ferguson is in his final month as host of CBS's The Late Late Show. What will he do with his upcoming free time? Well, he hasn't said yet but some touring is probably on the way. A full set of dates hasn't been announced yet, but we do know he'll play three nights at NYC's Town Hall on March 5 - 7. Tickets for those NYC shows go on AmEx presale today (12/3) at noon with the public on-sale starting at noon on Friday (12/5).

What about The Late Late Show? Ferguson's replacement, British actor and comedian James Corden will take over starting March 9, 2015. Until then, CBS will fill the void with a string of guest-hosts, including Judd Apatow, Jim Gaffigan, Wayne Brady, Will Arnett, Thomas Lennon, Kunal Nayyar, Billy Gardell, Sean Hayes and, uh, John Mayer. Drew Carey will be the first up, hosting January 5 - 9.