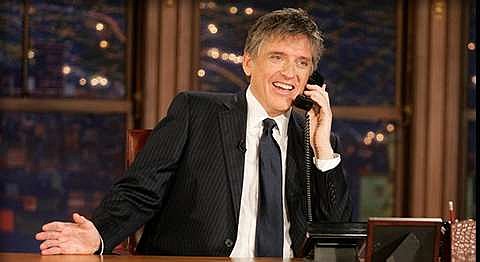 August is more than half over, the hottest July ever is behind us, September is around the corner, I can hear October's footsteps slowly trudging up the stairs. Fall and it's cool weather cannot get here fast enough, but until then here are some good comedy things happening that will hopefully make what remaining ball-danglingly hot and humid days are yet to be endured a little more tolerable.

Before I mention some cool shows, I must acknowledge the fact that there are hundreds of great comedy things happening every freaking week in this awesome city, but I don't have the time or the resources to even scratch the surface. My contributions to BV are completely erratic at best and I tend to stick with what I know and like. If you want to know what is happening in NYC comedy on a particular day, you gotta get hip to this dude Hy Bender and his site Best New York Comedy. The site is updated daily and features a super exhaustive look at what is happening in the NYC comedy world that particular day. The site is updated religiously. Forget tour dates, show reviews, pics, exhaustive commentary, snarky comments and crap like that.... It is your daily comedy itinerary and it scares me how on top of his shit this guy is. Anywhoozle...

Don't let his show fool you; late night talk show host Craig Ferguson is actually a pretty f-ing funny stand up comedian; definitely worth checking out if you've got the means. He's doing a ton of fairly expensive, large venue dates in October, one of which happens to be at Radio City Music Hall on October 6th. Tickets, which fall in a price range from $53.40 to a whopping $96.35 are currently on sale. However, I am going to assume you've got credit debt and student loans to worry about, so I am happy to report we are giving a pair of tickets away to one lucky winner. Instructions on how to try and win are waaayyyyyy down below.

On Saturday August 18th, the great Greg Barris brings his wondrous feast for the senses, Heart Of Darkness, to the cool and windowless confines of Union Hall's basement. Hosted By Greg Barris, the show will feature comedian Kate Berlant musical act The Bowery Riots, and Mind Warrior Daniel Pinchbeck as well as music by The Forgiveness. HOD is not just some straight-up comedy show; it is literally an incredibly engaging live experience that will wake your ass up and get you thinking, man. If you are in Philadelphia and happen to be reading this, Heart Of Darkness invades your town TONIGHT, August 16th, at Underground Arts. Part of the Heart of Darkness Summer Forgiveness Tour 2012, the show will feature Greg Barris, New Beard, Corrupt Autopilot, Wigmaker's Son, and Yazan. Philly, you are in for a treat. Take a break from your Toynbee Tile investigations for a night and check this shit out.

The following night (Sunday August 19th), at the same place, Union Hall, Klaus favorite Greg Johnson brings his show Greg Johnson - Live: One Night Only! to what I can only assume will be a sold out audience. At the show Greg performs stand up comedy, along with a few very special guests, one night only. $5 tickets are still available but the last installment sold out and I betcha this one will too. Greg is one of my favorite comedians in NYC and he is also one of the most painfully overlooked ones out there. You gotta go.

Then on Tuesday August 21st, the hilarious Gabe Delahaye brings his monstrous comedy showcase The Mr. Coconuts Comedy Show to Union Hall's basement for yet another staggering showcase. The show will bring to the stage Gabe Liedman, Max Silvestri, Greg Johnson, Dan St. Germain, David Rees, Jessi Klein, and John Mulaney. I'd like to think that if Darrell Sheets knew anything about comedy and saw that line-up he'd say "That line-up's a 50 dollar bill all day long." BUT it's only 10 bucks! As of writing it is, predictably, sold out. But keep your eyes on ticketweb for last minute ticket releases (if there are any)(not likely)(but not impossible) OR just show up the night of the show and hope some loser's +1 didn't show up or some comedy dignitary who has a freebie awaiting him or her doesn't show up and snag their vacancy.

Union Hall's big brother/big sister venue The Bell House is no stranger to epic comedy. The first not-to-be-missed event is on Friday, August 24 a fundraiser for the always incredible Eugene Mirman Comedy Festival. The event is called Bring Your Checkbook: The Eugene Mirman Comedy Festival Fundraiser and, as the title states, is a fundraiser in support of the upcoming Eugene Mirman Comedy Festival which will invade Brooklyn September 14-16. The fundraiser will feature a cocktail reception from 7pm - 8pm as well as an AMAZING raffle and silent auction. At 8:30pm an epic show will commence featuring Eugene Mirman, Brendan Small (!) from METALOCALYPSE and a TON of other guests who I am not able to divulge but who will knock your socks off. Like, you won't believe it. Tickets are $25 and are currently onsale. You will not believe what prizes and guests are in store for you, so I wouldn't put off buying a ticket because it's gonna sell out and no emoticon in the world will adequately express how f-ing bummed you will be.

Blasting ahead a bit, the Bell House will play host to two other awesome comedy events, one of which is already sold out! The show is called The Thrilling Adventure Hour and it's basically a staged show in the style of old-timey radio. The cast features Paul F. Tompkins, Paget Brewster, John Hodgman, Busy Philipps and James Urbaniak (!). The show takes place on Sunday September 30th at 7:30pm and 10:00pm. The 7:30pm show is SOLD OUT, but there are a handful of tickets left to the 10:00pm show, so get on this now son.

Oh, and don't forget: On Wednesday October 17th you can catch a live taping of the ever so wonderful Julie Klausner's podcast How Was Your Week? at The Bell House with house band Ted Leo and friends. Tickets are available!

For a chance at winning a pair of tickets to see Craig Ferguson at Radio City Music Hall: either tweet something that includes both @BrooklynVegan AND "Craig Ferguson" in the tweet, or send an email to BVCONTESTS@HOTMAIL.COM with the subject line "Craig Ferguson." Include your first and last name in the email. We'll pick a winner at random and contact them with more details. If you enter by email, it will not be shared with anyone else. Good luck!