Craig Finn in Austin in April (more by Tim Griffin) 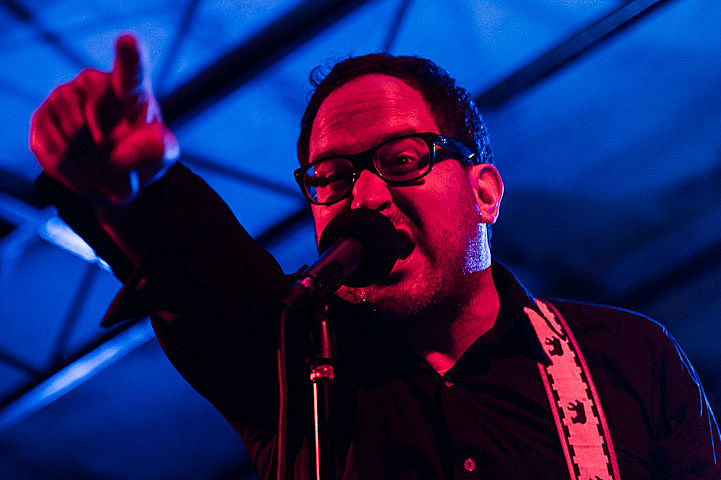 As mentioned, Doveman (aka Thomas Bartlett) is doing his final Burgundy Stains Session of 2012 at Le Poisson Rouge on December 13. Since we last spoke, the guests for the show have been revealed: Sandra Bernhard, Yellowbirds, Hannah Cohen, The Perennials, Craig Finn (of The Hold Steady), and Joey Arias. Tickets for that show are still available.

Craig Finn, who recently told us his favorite albums of 2012, is an especially interesting addition to the show, as most collaborators usually have a known connection to Thomas, but this is the first time The Hold Steady and Doveman getting together. As mentioned, you can also catch The Hold Steady playing Wellmont Theatre on New Year's Eve with Lucero and comedian Kurt Braunohler. Tickets for that show are still available.

Joey Arias and Doveman are also teaming up later this month for an End of the World show at Joe's Pub (12/21) with special guests Narcissister, Cornelius Loy (theramin), and the Pixie Harlots, but unfortunately that show is sold out.

Hannah Cohen, who will guest at the LPR show, released her most recent album, Child Bride, this past April via Bella Union. The album featured production by Doveman and some appearances from Sam Amidon and Rob Moose as well. The video for the title track is below. Hannah and Doveman have also already began work on her next record, and she'll be performing some new songs at the show.

That video and a list of all Doveman dates are below.