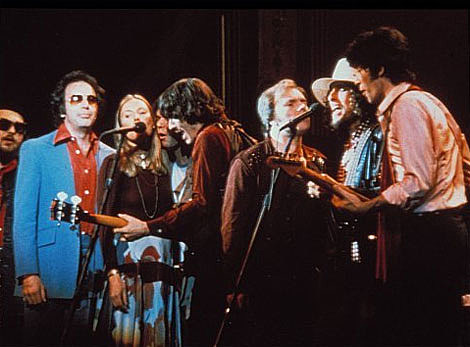 "One Saturday, I went to the Regal Cinema in Union Square to see the reissued The Last Waltz, Martin Scorsese's film documenting The Band's star-studded final performance at the Winterland Ballroom in 1976. I came out of the theatre energised by the music and performances of The Band, and Neil Young, Joni Mitchell and Bob Dylan.

What struck me about the movie is how much fun the musicians were having. I began to understand music as being a fun thing, and started to miss playing with people. I missed the fingers on the strings, the buzz in the amplifiers. I was ready to date, but guarded against falling in love." [Craig Finn]

Read Craig Finn's whole NYC story at The Independent. Check out the Hold Steady's latest tour dates (no NYC though), below...