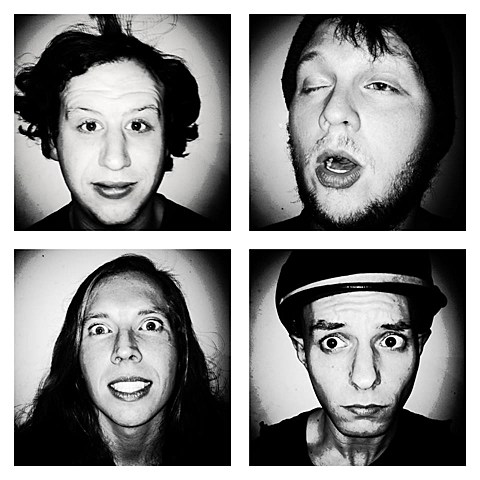 NYC's Crazy and the Brains have been playing around here for a while, making appearances at places like Sidewalk Cafe's Antifolk Festival and opening for Jeffrey Lewis. If either of those things ring a bell, you probably have an idea of what Crazy and the Brains sounds like, and if not, you can expect quirky folk punk/anti-folk that's smart, funny and very catchy. They're also one of the few rock bands with a xylophone player.

The band released their debut album, Let Me Go (which features a guest appearance from The Moldy Peaches' Adam Green), back in 2013, and this week they put out a new video for one of its tracks, "NYC." Check out that video, plus the video for the album's title track, below.

Crazy and the Brains will be celebrating the new "NYC" video with a video release show in NYC TONIGHT (5/16) at Shea Stadium with their pal Jeffrey Lewis, plus Heeney and L.A. Boobs. Admission is $8 at the door. Show flyer and set times below.

In June, the band will go on a tour which begins with a WFMU live appearance in Jersey City on 6/11. All of their dates are listed, with the videos, Shea show info, and more, below...

Crazy and the Brains - "NYC"

Crazy and the Brains - "Let Me Go" 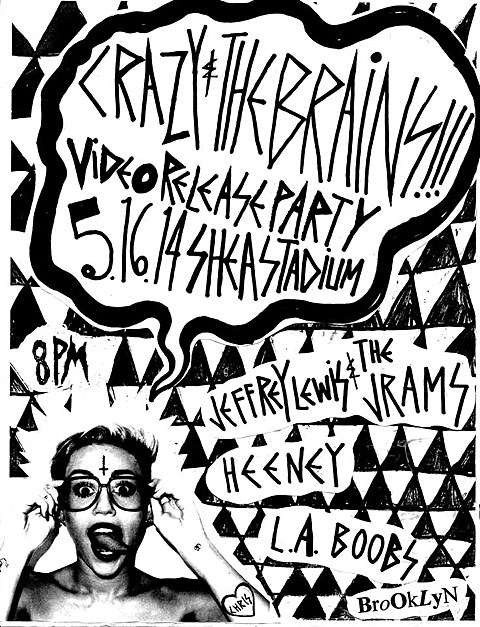