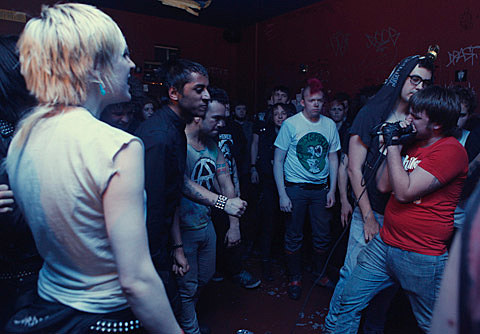 July 4 isn't till Wednesday but you can catch fireworks -- the sonic kind -- at The Acheron in Bushwick, Brooklyn (57 Waterbury St) in the days leading up to and including Independence Day, with three punk shows in a row occupying an otherwise dry spell of NYC hardcore/metal.

It begins tonight (7/2) with a record release show/European tour kickoff for NYC wildmen Crazy Spirit. The band, who will be joined by Smart Cops (from Italy!), Warthog (formerly Chain Wallet, ex-The Men, demo here) and Deformity, is celebrating their new self-titled LP out now via Toxic State. Order yours now, but try before you buy. Video and the flyer are below.

Tomorrow night (7/3) will feature headliners Deadly Reign, which features members of World Burns to Death, Century of War, Scarred for Life, Kegcharge and more. Joining the Austin band will be supporting acts Broken, Trenchgrinder and Zatsuon.

Last but not least, Brown Sugar will head up a five band benefit for Brandworkers on Independence Day (7/4), an organization who's goal is "protecting and advancing the rights of retail and food employees." The great Creem will join said bill, along with Deformity, Death Camp and Altered Boys.

Flyers, videos and streams of some of the bands are below. 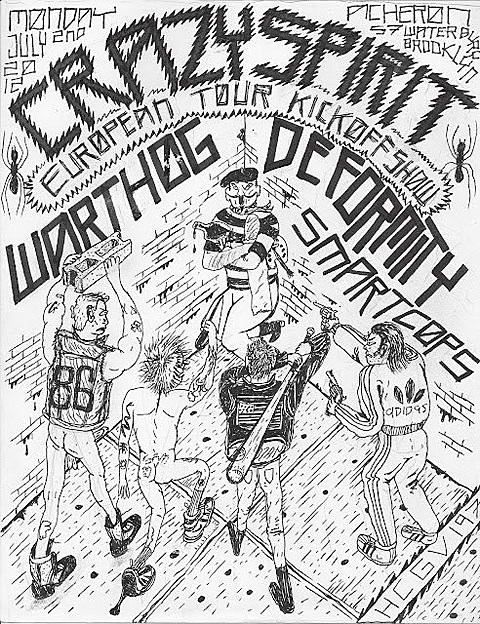