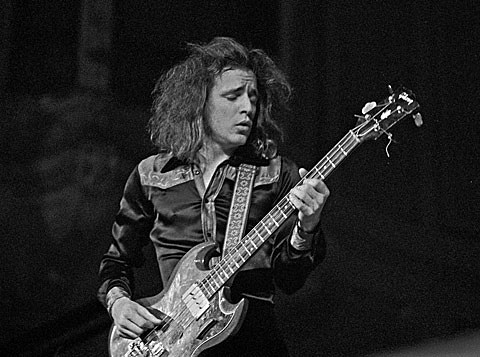 His family announced the death on his website. A spokesman said the cause was liver disease; Mr. Bruce had received a liver transplant several years ago.

Mr. Bruce was well known in British rock and blues circles but virtually unknown in the United States when he teamed with the guitarist Eric Clapton and the drummer Ginger Baker to form Cream in 1966.

One of the first of the so-called power trios -- the Jimi Hendrix Experience soon followed in its wake -- Cream had its roots in the blues and became known for Mr. Clapton's long, virtuosic solos on reworked versions of blues standards like "Crossroads" and "Spoonful."

"Those original blues records had been done so well, which meant you could only ever be second best," Mr. Bruce was quoted in the booklet for a 1997 Cream compilation CD. "But if you treated those songs with a great deal of love and respect, you could remake them into your own." - [NY Times]

Rest in peace, Jack. Watch a full video of Cream's 1968 farewell performance below...