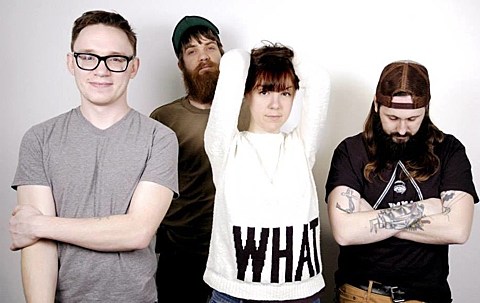 Philly's Creepoid already put out their excellent self-titled sophomore LP this past March via No Idea, and they just followed that with the Wet EP, which came out on Record Store Day via Graveface. If you liked the album, you'll dig the EP too. Both sides of the band's sound are well-represented with two catchy shoegazers opening the EP, and two cuts of haunting slowcore to close. You can stream the whole thing over at Alternative Press and listen to two tracks below.