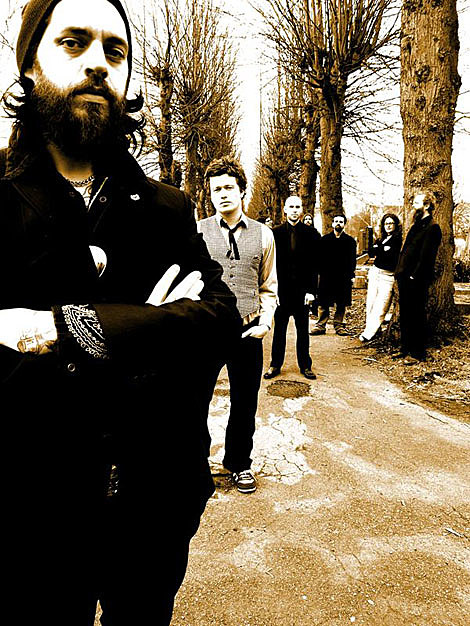 Crippled Black Phoenix, featuring Dominic of Mogwai and Justin Greaves of ex-Electric Wizard/Iron Monkey fame, have announced some tentative tour dates including a confirmed date at Mercury Lounge on 4/12 with Ascent Of Everest. Tickets are on sale.

Crippled Black Phoenix are scheduled to drop 200 Tons of Bad Luck on Invada Records in April 14th. 200 Tons of Bad Luck is "a single album version comprising of a collection of songs" from a pair of so-far import only albums, The Resurrectionists and Night Raider. No details on the release date of those two records as of yet.