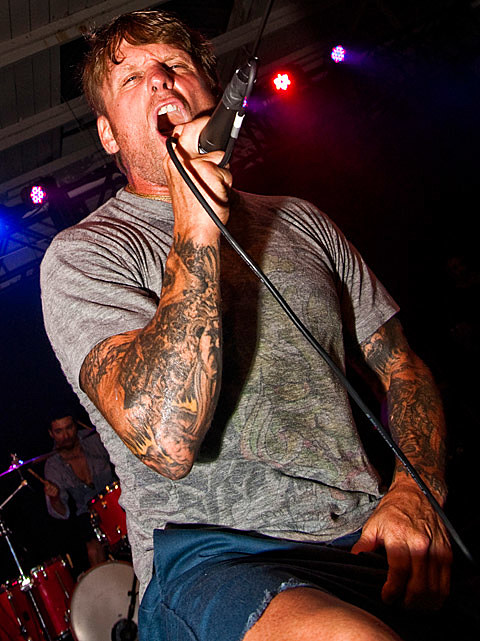 UPDATE: This show has been rescheduled for October 20. Previously-purchased tickets will be honored for the new date.

The band is also scheduled to play a mega-show in Chicago with Rival Mob, Breakdown and others.

In addition to the upcoming MHoW date, look for Jon Joseph of 'da Mags to join on for a celebration of the release of punk rock photo book, Barred for Life:

Barred For Life is a photo-driven documentary highlighted and counterpointed with a compelling narrative which addresses the facts and fantasies associated with growing up a Punk Rocker in the early 1980's, and how Black Flag pervaded the scene's rumor mill like a mysterious specter all across the country and around the world. Revealing quotations supplement the austere black-and-white photography of Jared Castaldi and Stewart Dean Ebersole, Barred For Life's photographic team

If you missed it, Greg Ginn's incarnation of Black Flag played three shows over the weekend. Or maybe you, like me, didn't miss it one bit.