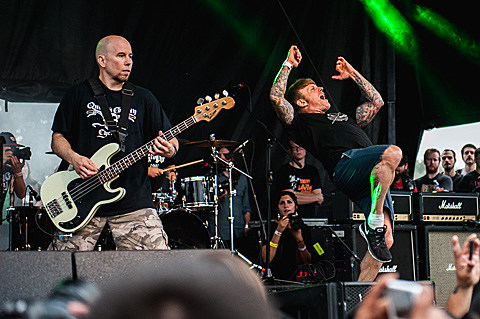 John Joseph: Cyclist on the scene, philanthropist, author, health nut, master juicer. Oh, and sometimes he fronts a band. He has been known to do that. You know, NYHC legends. No big thing.

Cro-Mags have a few upcoming shows on the horizon. Along with some stops in Canada and back-to-back dates at Hartford, Connecticut's Webster Theater for TNT Fest, Joseph and company will play NYC's Saint Vitus on October 3 with Heavy Chains and further support slots to be filled soon. Tickets go on sale Friday (7/25) July 25 at noon.

All of the dates along with a video of Cro-Mags in action and Heavy Chains demo appears appear below.