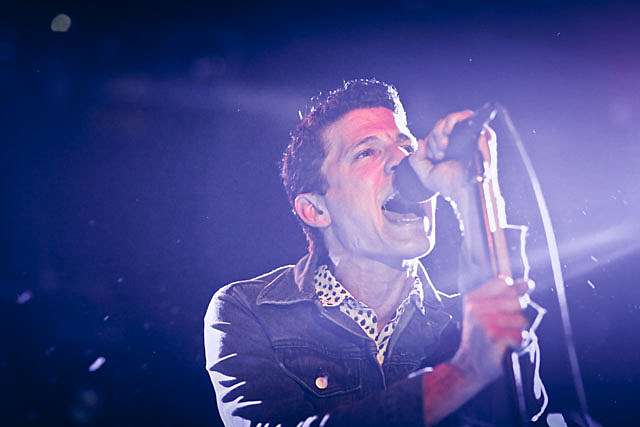 Crocodiles' new album, Crimes of Passion, is out later this month (8/20) and it's maybe their strongest batch of songs yet. The record was made with Raveonettes' Sune Rose Wagner who seems to have helped expand the band's sound well beyond the early JAMC comparisons. (The new album is very poppy.) The band recently released a video for the album's first single, "Cockroach," and you can watch that below.

Crocodiles, who played a couple NYC shows around Governors Ball in June, will hit the road this fall for a tour that ends in NYC at Music Hall of Williamsburg on November 23. Tickets for that show go on sale Friday (8/9) at noon with an AmEx presale starting Wednesday (8/7) at noon. All dates are listed, along with the "Cockroach" video, below.