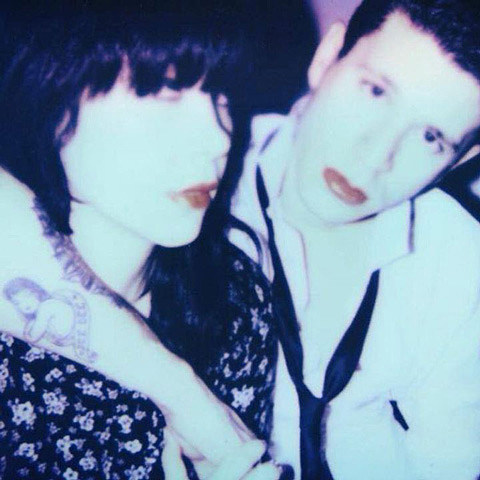 Haunted Hearts, aka Dee Dee of Dum Dum Girls and Brandon of Crocodiles, released their debut album, Initiation, last year. A labor of love (and concept album about S&M) for this real-life couple, it falls sonically somewhere between their two groups, and their voices sound nice together. (It reminds me a little, at times, of Love & Rockets.) You can watch the video for "Up is Up But So Is Down" and listen to an Rdio stream of the album below.

With Dum Dum Girls on a between-record breather, Haunted Hearts will play Brooklyn's Saint Vitus on Friday, March 13 (seems appropriate). Tickets are on sale now. It's their only announced show.

Crocodiles, meanwhile, are not on a breather and will release their new album, BOYS, in May. You can pre-order it via Pledgemusic.